‘Strength is from a Union; Working Together You Go Far’: Understanding Collective Impact Using an Analytic Framework

‘Strength is from a Union; Working Together You Go Far’: Understanding Collective Impact Using an Analytic Framework 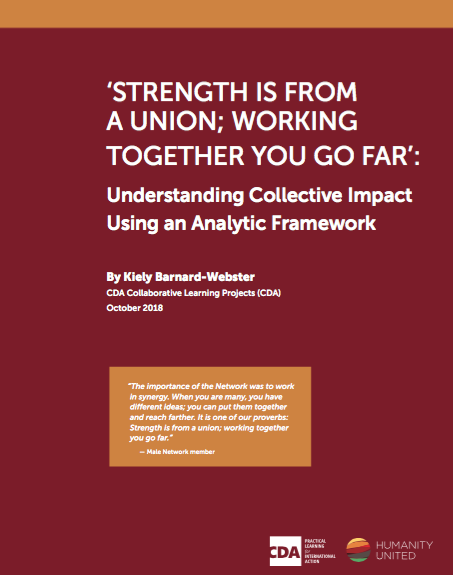 Disclaimer: At the request of the Network and the case organization involved in this work and owing to the politically sensitive climate in the country where this work is being implemented, the case remains heavily redacted (country name and identifiers, Network identifiers, and case agency name have all been removed). We ask that those drawing lessons learned from this case refer to it as the “Boendoe” case.

This case study has a twofold purpose: to document the achievements of a peacebuilding network and to analyze the extent to which CDA’s Framework for Collective Action helps understand these achievements. This case does so by examining a Network in Country X that is an informal group of 18 civil society organizations that coordinate 198 peacebuilders, development actors, and human rights activists from all provinces of the country. Though it started as an early warning-early response network, it is experiencing a shift from pure “conflict prevention” work to longer-term peacebuilding and community development.

Three key challenges to collective impact in this case include: 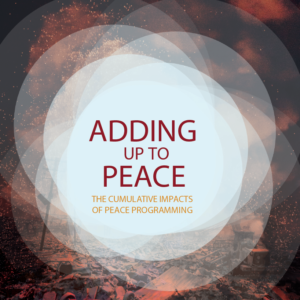 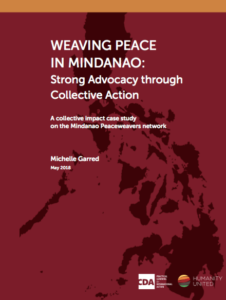