Under CAASDI, CDA published multiple reports researching the nature of corruption in the criminal justice sectors of Central African Republic (Bangui), Democratic Republic of Congo (Lubumbashi), and Uganda (Northern Uganda) alongside partners at The Fletcher School. All of this work, plus additional contributions from policymakers, academics, and practitioners, can still be found on this webpage and CDA Perspectives Blog.

CDA worked with its partners to capture lessons from CAASDI’s innovative approach to combating corruption. We hope that these lessons will inform the development of programs in other countries, and contribute to learning in the field of anti-corruption more broadly.

In regions such as Central Africa, corruption is rife and one of the greatest obstacles to building effective governmental institutions and ending cycles of violence and instability. Within the criminal justice sector in particular, corruption threatens the sense of security among citizens, provides preferential access to justice, threatens the legitimacy of state institutions and harms overall economic performance.

The corruption in fragile states series provides a space for conversation about corruption in fragile states. Since its inception in 2016 as part of the CDA Perspectives Blog, the series has sought to challenge status quo thinking with a particular emphasis on exploring systems-based approaches to understanding and acting on corruption dynamics. Topics in the series range from new research findings in Uganda, Iraq or the DRC to provocative thought pieces intended to contest dominant paradigms or practices.

While on the CDA Perspectives Blog, the series was managed by CDA Collaborative Learning Projects and Besa, and co-produced by Cheyanne Scharbatke-Church, Kiely Barnard-Webster and Jasmine Walovitch. As of March 1, 2018 the series moved to The Institute for Human Security (IHS) at the Fletcher School of Law and Diplomacy, Tufts. Find future blog posts, submit a guest post, and subscribe to series updates here.

Series contributions are inspired by, but not limited to, the Corruption, Justice and Legitimacy project as well as the, now concluded, Central Africa Accountable Service Delivery Initiative. We are privileged to also have posts from a number of prominent thinkers, policy makers and practitioners as guest bloggers.

CAASDI in the Democratic Republic of the Congo

CAASDI was an innovative project developed to promote accountable criminal justice sector service delivery in the Democratic Republic of the Congo (DRC). The CAASDI’s approach included a systemic analysis of public corruption in the criminal justice sector, program design based on explicit theories of change, and incorporation of strong monitoring and evaluation elements.

In August 2015, CDA launched a one-year pilot project in Lubumbashi, DRC through its implementing partner, RCN Justice & Démocratie.  The project will develop a network of criminal justice sector stakeholders intent on raising awareness about specific corrupt practices and identifying effective strategies for action against corruption in the local context.  The network will promote dialogue and generate effective anti-corruption advocacy through increased collective action. 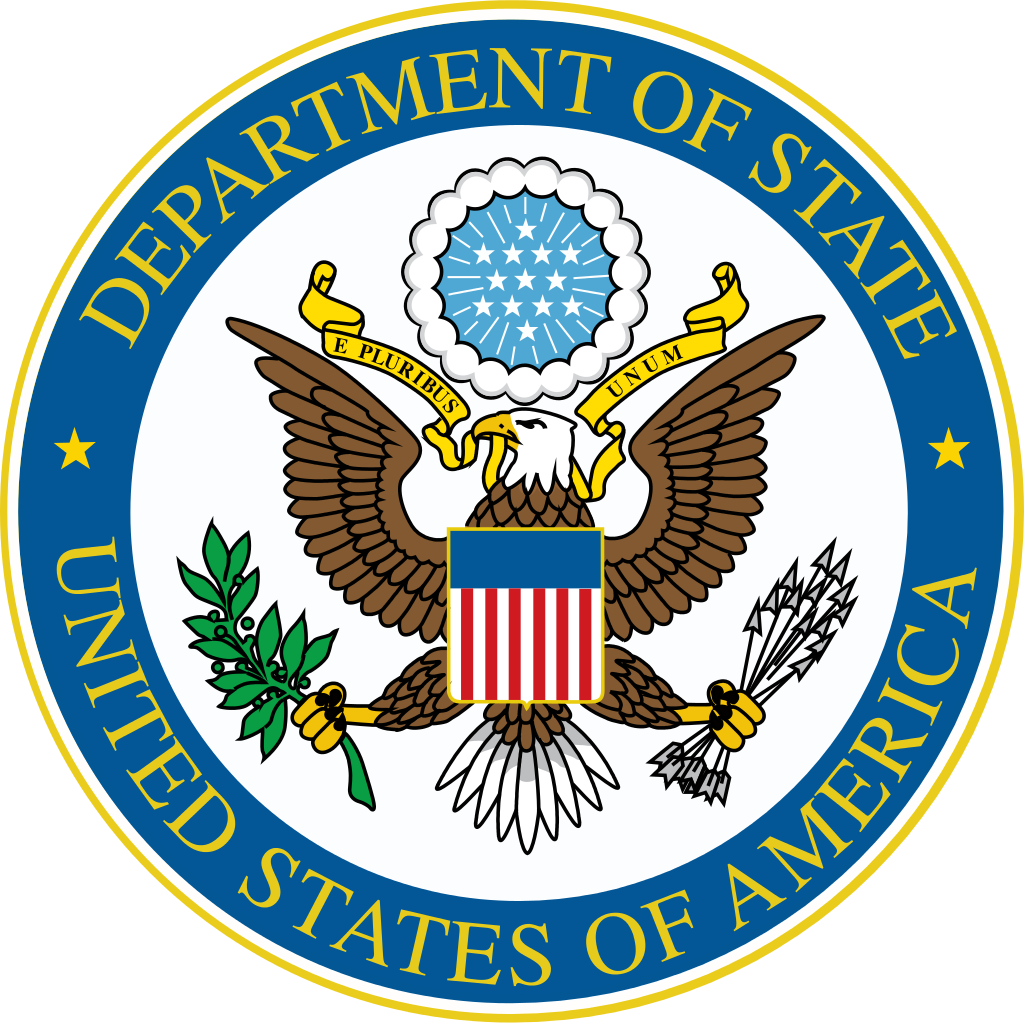 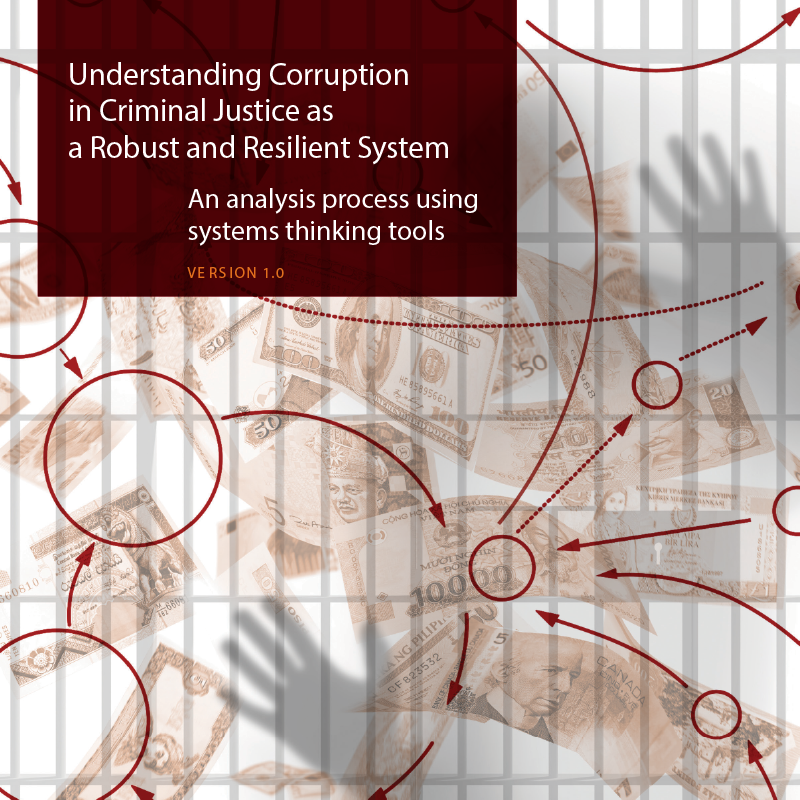 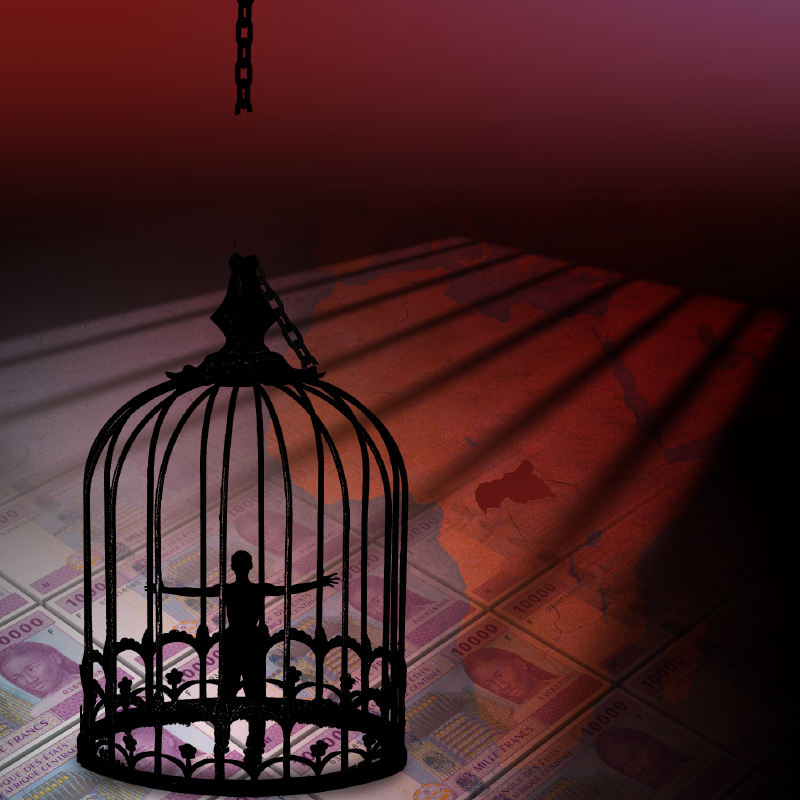 Pity the man who is alone: Corruption in the criminal justice system in Bangui, Central African Republic 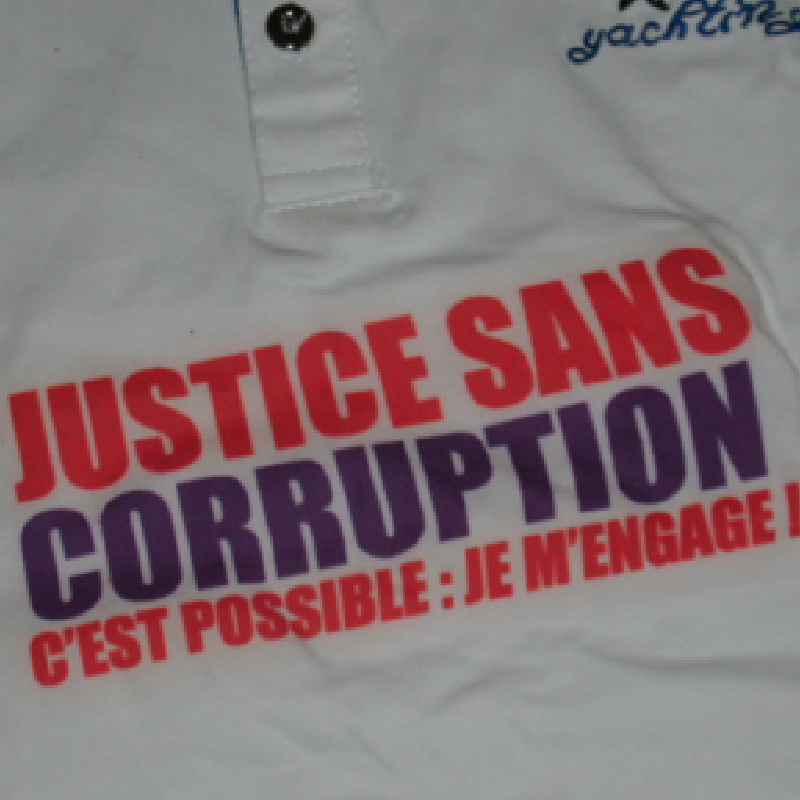 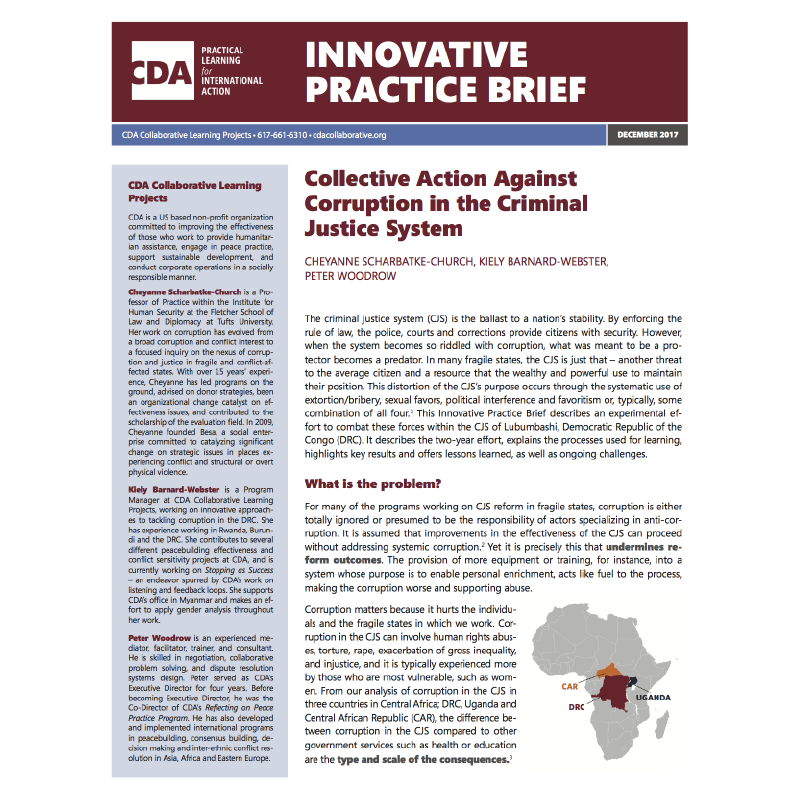