“What if?” Questions with answers for a paradigm shift in the Aid System

What if… the shroud of invisibility that has been forced upon the reality of socio-economic and geopolitical dynamics of the foreign Aid sector was peeled back to reveal the blinding truth?

In “Invisible Man”, Ralph Ellison’s masterpiece novel about the condition of Black people in America, he states: “I am invisible, understand, simply because people refuse to see me.”

Close your eyes and think about Aid. What do you see?

Most likely you saw a White man or a White woman helping Black children somewhere in Africa. That image is no accident. It’s part of the dominant narrative of the White savior complex that permeates everything except for “affected communities” and poor helpless “aid recipients” that are accessory props. It’s a part of the public relations face of Aid that renders Global South leaders, organizations and stakeholders “invisible”.

Additionally, dominant Global North media networks and conglomerates make Global South interventions and actions invisible by only reporting and highlighting the work of “white” Western organizations. International non-governmental organizations (INGOs) more often than not fail to acknowledge the essential work of their local subcontractors and credit them for it (an issue that localization advocates have brought forth). If silence is oppression, the consistent erasure and deliberate omission of actual events is annihilation.

What if… the Aid sector was forced to face the realities that they refuse to see? What if all controlling stakeholders acknowledged the power and force for good of local leaders and organizations? 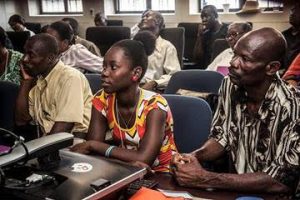 In Haiti after the 2010 Earthquake local responders, leaders and community residents were THE first to respond to the disaster. After the earthquake, Haitian construction companies started removing debris to clear roads and fallen houses to allow survivors to be rescued. And, no, they were not paid to do so and foreign contractors ended up being awarded multi-million contracts to continue the work as the bidding process was rigged and bids were not publicized in Haiti.

After Hurricane Matthew in 2016, The Haiti Community Foundation’s (HCF) Community Leaders Network (of over 600 members) mobilized itself to support communities in the Grand’Anse despite members’ losses, pain and trauma. Local businesses donated goods. HCF members went to remote communities that humanitarian groups systematically leave behind, and reached out to the most vulnerable people.

Did Global North media or most INGOs acknowledge these common vital initiatives and tell their stories? No. In part, because it is connected to a construct designed to perpetuate the Aid sector’s White savior unbalanced and unjust structure. Why highlight the fact that the Global South could competently solve its “own” problems and achieve self-sufficiency if it were not kept financially starved and subjugated? To this day, only about 3% of development and humanitarian resources is allocated to Global South organizations. Additionally, the Bretton Woods institutions’ financing systems often keep southern countries indebted in ways that curtail their opportunities to economic growth and self-sufficiency.

International donors and institutions often purport that there aren’t enough strong local and national organizations on the ground to support the development and humanitarian work of southern countries; but this is a fallacy. Which is where mapping Global South countries humanitarian and development ecosystems comes in.

What if… Global South organizational mapping was actually inclusive? 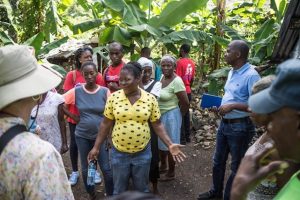 Most mapping projects focused on providing a directory of Southern humanitarian and development ecosystems are usually led by UN organizations and large INGOs and they fail to include most local and national organizations. Well-funded mapping initiatives (to the tune of hundreds of thousands) don’t use systematic outreach to local stakeholders that become therefore “invisible”. After the Haiti 2010 Earthquake, the rumor was that most of the country’s institutional infrastructure had been destroyed. No comprehensive assessment and mapping of local resources was attempted even after the first emergency response. Local organizations and leaders were actually excluded from planning efforts. How can you plan a decent reconstruction if you don’t take into consideration the existing building blocks of local setups? How can you develop effective and sustainable programs if citizens of the country are not included in those plans’ design?

This pattern and dynamic maintains the vicious cycle of INGO dominance of the country’s humanitarian and development sectors.  Local leaders and organizations are the first responders and on an ongoing basis act as the supporting beams (the “Poto mitans” as we say in Creole) of local communities. If this myriad of registered and non-registered groups were to be made visible, international organizations would appear as the ruling and controlling minority that they are.

What if… the research guiding the Aid sector’s strategic goals and actions was locally produced? 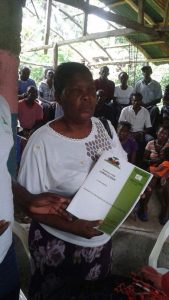 The research that frames and guides the billions invested in the humanitarian and development sectors is yet another area that needs shifting. Requests for Proposals (RFPs) are usually developed by individuals with little field experience in the countries affected by the proposed projects. Large scale global initiatives are often framed by “experts” who are too often disconnected from the actual and current reality of Southern communities, who have no current data and no socio-cultural real-life knowledge of the countries targeted. Considering, the logical outcome is the development of projects that are ill-designed to meet the needs of Southern communities. If local researchers were leading the process, programs could actually be more culturally relevant, effective and cost efficient as Southern researchers usually charge less.

What if… the Aid sector shifted its values and valuation system?

Global North stakeholders would see the richness and resources of Southern countries and leaders. When applied to Southern countries and communities, the term “poor” describes the lack of financial resources and it usually obscures the fact that our communities offer much richness in terms of community strategies, resources, and socio-cultural creativity in terms of both traditions and innovations. I once startled a group of funders by presenting myself as being from Haiti, one of the richest countries in the world in terms of our arts, culture, history, and the spirit of our people. I wanted to surprise them but also sought to point out a truth that is consistently ignored. The impact of this low valuation (for Haiti and other Southern countries) is toxic. It poisons Southern countries and communities’ psyche, twists the global perception and hinders the possibilities of donors’ deep investment. Global South stakeholders keep hearing that their countries are hopeless and their people are helpless. Many Southern stakeholders unfortunately internalize this message which is at the crux of the narrative of the international aid systems and which hinders donors’ investment.

It’s also important to pause and acknowledge that money is not “the solution”. A lot of money has been thrown at Global South issues for more decades than I have been alive. It hasn’t solved our issues because of the systematic misuse and/or misallocation of these funds as they are not aligned with countries’ priorities and local communities’ needs. Global South countries need to have the space and opportunity to define their agenda according to their countries’ vision and their communities’ self-defined needs and priorities.

What if… the Aid sector shifted the power and let communities lead?

Decisions would be made by communities instead of by remote places like Washington, Geneva, Brussels, New York, Boston, and London. Self-sufficiency and sovereignty would be the focus of humanitarian and development work. Northern and southern practitioners would work together and combine their strength and resources to build stronger ecosystems and a more balanced and sustainable global environment as they broke age-old cycles of aid dependency.  Global North institutions would draw out exit plans that would include progressive transfers of power and resources to Global South institutions. Mutual accountability and transparency would be the norm in all initiatives.

And Aid, Aid… would (finally!) be about ending Aid…

And many more to come soon! If you are interested in contributing to the series please contact Grace Boone at [email protected]. We would love to hear from you and include your perspective. 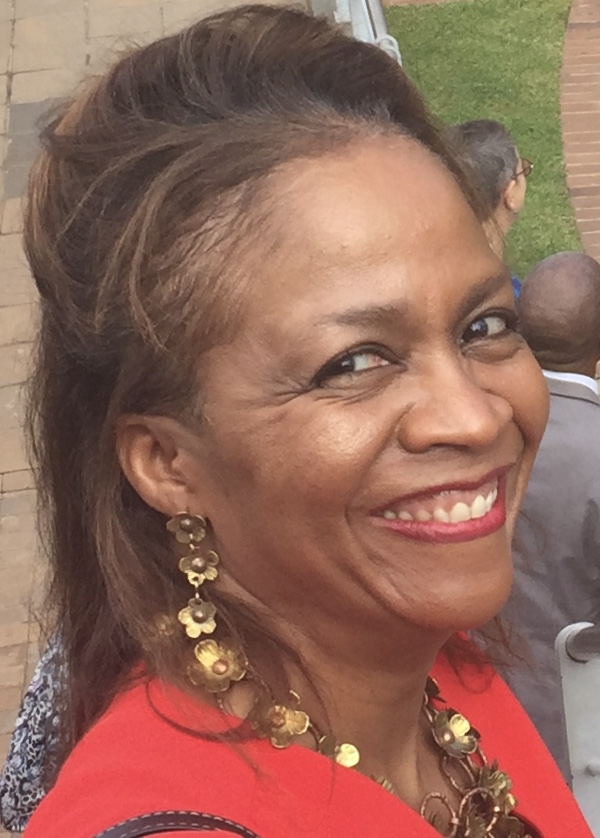 A lifelong advocate for community-led transformational change, Marie-Rose Romain Murphy is the Founder of ESPWA, Inc., a Haitian-led organization focusing on the long-term development of Haitian organizations working in Haiti.  She’s also the Co-Founder and Chair of the Haiti Community Foundation, Haiti’s first community foundation.  Born and raised in Haiti, she has 30 years of experience and a strong track record in community development, human services, humanitarian projects, philanthropy, marketing, executive leadership and social entrepreneurship. The President of RMC-Romain Murphy Consulting, a nonprofit management and strategy firm that works with U.S and International organizations, she’s a Partner for Community Change who creates viable and sustainable pathways of development for low-income individuals, marginalized communities and developing countries with an anti-racist and decolonizing approach.

A member of various international networks and a recipient of a number of awards, Marie-Rose has an MBA from Babson College, an M.S. in Community Economic Development from New Hampshire College and a B.S. in Journalism with a focus on International Relations from Boston University.  She is fluent in French, Haitian Creole and English. A published author of two books, she’s written a number of articles and blogs for U.S and international organizations as well as international magazines and publications.