We Are Committed to Listen to You

“We Are Committed to Listen to You” says the sign on a feedback box installed outside a temporary school building in Otash camp for the internally displaced people in South Darfur.

The box is maintained by World Vision-Sudan, and the children attending this school regularly fill out feedback forms, which encourage them to “make a suggestion, give feedback or make a complaint related to World Vision’s commitments, program or staff conduct.”  In addition to feedback boxes there are other mechanisms for gathering and responding to suggestions and complaints from camp residents, including a ‘community help desk’ that functions during monthly food distributions.

In 2011, CDA undertook a research project to learn about the ways in which aid providers gather and respond to feedback from local people. Many organizations we interviewed emphasized the importance of listening to recipients’ voices to improve program quality and accountability but few had well documented examples of complete feedback loops where feedback information is not simply gathered, but is acted on and a response is communicated back to the person/people who raised the issue. There are on-going efforts to demonstrate how these feedback processes work with attention on accountability to affected populations and aid recipients growing in many quarters in the aid system. However, much remains to be learned about what makes feedback mechanisms effective.

World Vision is among many aid agencies that are strengthening their commitment to listen and to respond to the people they intend to help.  In December 2012, World Vision hosted CDA’s Listening Program and ALNAP on a visit to study effective feedback mechanisms with affected populations.  Darfur remains a challenging environment for enacting effective feedback loops, where security risks are high for both aid agency staff and aid recipients who want to engage in conversations. Certain topics, such as overall security, safety in the camps, and returns to original settlements, are considered off-limits due to highly sensitive nature of the negotiations between the Government of Sudan and fragmented insurgent groups in Darfur.  Some areas are geographically remote and the roads connecting to them often unsafe with access barred either by national security units or the rebels. Other camps are nearby but also very politicized where people don’t feel safe providing feedback on sensitive issues in the open (i.e. such as mismanagement of aid resources by traditional leadership in the camps) for fear of being watched by ‘gatekeepers’ and ‘minders’ inside the camp who have retaliated in the past.  Aid agencies worry that they are not hearing the voices of a “silent population in the camps that is afraid to complain.”

Establishing feedback loops in restricted and conflict-affected settings requires an added vigilance and sensitivity given the safety concerns for both the recipients and aid providers.  In Sudan, where aid workers are increasingly viewed with suspicion by the national government authorities, there are multiple barriers to engaging with aid recipients and soliciting their views. This often limits the scope of the conversations that aid agencies can have with the people they aim to support.  Our recent joint CDA-ALNAP visit to Pakistan this January highlighted similar challenges of access to communities and reaching beyond the “gatekeepers”.  And yet – despite all odds and barriers – the commitment to improve accountability to affected populations by listening to and responding to feedback has not waned. In fact, these types of efforts are on the rise.

We were inspired to learn about a number of innovative and effective ways that have been devised to reach more people with transparent messages about assistance, to open more lines for two-way communication, to capture more voices and to respond in a timely fashion.  We will be highlighting some of these examples in forthcoming case studies on effective feedback mechanisms in humanitarian settings here and on ALNAP’s website.  In the meantime, please get in touch if you have examples of effective feedback mechanisms to share and watch this space! 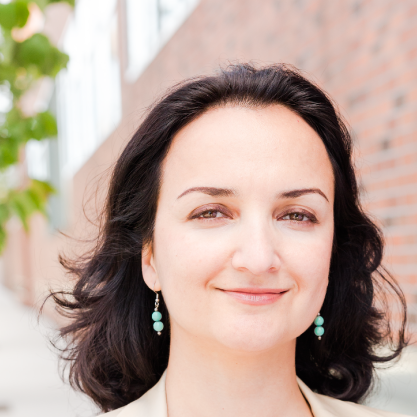 Isabella Jean joined CDA in 2007 and is the co-director of our Collaborative Learning wing. Her professional expertise is in conflict-sensitivity, peacebuilding effectiveness, program design, monitoring and evaluation methods, and feedback loops. Isabella has led collaborative learning processes and field research in Africa, Asia, Middle East and Caucasus. In 2012, she co-authored CDA’s book, Time to Listen: Hearing People on the Receiving End of Aid. Isabella continues to lead research on feedback loops and supports CDA’s work on peacebuilding evaluation. Internally, Isabella supports CDA’s monitoring and evaluation efforts to capture the results of our initiatives.

Another Look Inside the Aid “Industry”