Dr. Mark Pyman, who is deeply involved in efforts to reduce corruption in Afghanistan, pinpoints what frustrates him about anti-corruption research, in this latest post from the corruption in fragile states blog series. Few sector-specific approaches or insightful typologies of the multiple sorts of corruption within each sector, few analyses of sub-national variations, and an anti-corruption research community that is slow to move beyond diagnosis into treatment and politics. Continue reading to find some helpful treasures Pyman has found, and let us know if you share Pyman’s frustration, or if you have any great resources to add to the forum.

A colleague asked me some years ago “Why is it that people working and researching in corruption seem only to enjoy showing how bad it all is? They seem to like nothing more than to ‘admire the problem’.” Sadly, this is also my experience, and I’d like to vent my frustration here: because this is deeply unhelpful to everyone who is trying to address the problem in each of their countries. Surely, researchers know more than just how to explain the problem?

I am one of three international Committee members in the ‘Afghanistan Joint Independent Anti-Corruption Monitoring and Evaluation Committee’ (Corruption people like snappy titles, too). This Committee, known by its acronym as ‘MEC’,  was set up in 2011 by the Government of President Karzai and the international donors, to act as a counter-weight to the official anti-corruption agency, which was well known to be highly corrupt. We are six Commissioners – three international, three Afghan – plus a secretariat in Kabul of some 25 professional staff led by an Executive Director. We watch over what the government does, or does not do; we review the performance of the Ministries and Agencies in relation to corruption; we do analyses to identify the principal corruption vulnerabilities and how they might be addressed; and we speak out publicly in areas where there needs to be more progress.

So, I am intensely interested in what research there is that can tell us about addressing corruption in conflict and fragile environments. There must be so much more that we can do in practice to implement reforms, learning from successes and failures equally. We need to know much more about tackling corruption in health, in education, in the police, in the judiciary, in mining, in commerce and industry, in revenue-generating Ministries, in the civil service, in local government, and so on. Although a country index is helpful, we need more granular detail. I need to see inside the health sector, say, and see reform results in technical areas like forensics, or the health management system; in the political areas of senior appointments, in local corrupt elite eco-systems, or in patronage for major elements like hospital construction or medical service out-sourcing. Equally, I need insights in to how civil services can be gradually – or rapidly – reformed, at a level that shows how the situation varies according to different parameters: such as between different Ministries, or between agencies, or between revenue-generating agencies and service delivery agencies, or between agencies that belong to rival political factions.

I have been looking hard over the past 18 months at what could be helpful to me and my colleagues in relation to Afghanistan. There are some articles or reports that really do help me. For example, the work of Merilee Grindle on civil service reform against corruption in 5 countries in Latin America is a tremendously insightful and research-rich book. It really helps in seeing all the ways that civil service reform was contested, and the multiple
different strategies used by various groups of reformers. Similarly, the research from the University of Gothenburg by Nicholas Charron and his colleagues on differences in civil-service corruption between different Ministries within the same country, () and how these differences are much larger than the differences between countries in the region, is really helpful. (here, and here) Similarly, Francesca Recanatini at the World Bank has useful observations about using disaggregated data to identify corruption distinctions across agencies and regions within a single country. There have been a few that develop decent-looking typologies of the specific corruption types in the sector, and collate actions that have been taken by others, such as by U4 in the education sector. There is the useful evidence paper from DFID. I am very happy to take these and use them.

But such treasures are few and far between. I have recently trawled through the research in the education and health sectors, and been deeply disappointed. Hundreds of articles admiring the corruption problems from an ethnographic point of view, from a political economy perspective, and above all from a shopping list point of view “Let me describe the many ways that education is corrupted in this country… “

Lesson Learned After Tackling Corruption in the Defence Sector

Let me declare something of a bias here. For twelve years I led the Transparency International programme on tackling corruption in the defence sector. I found very early on that there was almost nothing in the research other than ‘the defence sector is rife with corruption. Defence corruption was lazily equated with defence procurement corruption. My team and I got on and developed a whole system of sector-specific tools; a typology, an index, technical guidance on how to tackle each of the problems, a technical index for the relative performance of defence ministries and militaries, a technical index for the relative strength of the anti-corruption systems of the defence companies, corruption-testing exercises for the military forces, etc, etc.  We worked with about 30 countries in some depth, with considerable success, and evaluated about 130 countries in all.

But, in my ignorance, I thought that the defence sector was lacking in sector-specific tools because it was special – it is a tricky sector, it is shrouded in secrecy, it is not a natural target for researchers or NGOs, it is highly technical; and so on. Only now do I realise that almost all sectors seem to be similarly un-researched in relation to tools and analysis that can help shape reforms.

I know there are some good things going on in response to this lack, for example the EU Anticorpp programme led by Professor Mungiu-Pippidi, and the ‘Anti-Corruption Evidence Partnership (BA/DFID ACE Partnership)’ being run by the British Academy on behalf of DFID. But these are drops in the ocean; they hardly get into individual sectors, and mostly do not cover fragile states.

From Diagnosis towards Treatment

Why isn’t the whole anti-corruption research community moving away from diagnosis towards treatment? Surely the political economy community can do more on how powerful elites and corrupt patronage networks can be countered, based on examples from the many countries where such efforts are underway? Surely we have got to the point where researchers should be trying out approaches, such as new technical indexes at the sector level, to see whether they can help diagnosis and reform? Surely we can have more of the analysis pointed up by such as Grindle and Mungiu-Pippidi, who show the impact of committed groups of individuals and how we can foster and support such groups in hostile political climates? Surely we can get beyond yet more analyses of context, into analyses of the success or failure of specific reform efforts?

Is there someone out there who can tell me I am hopelessly wrong, and that there is a library of research somewhere that I have just totally missed? Please, someone? 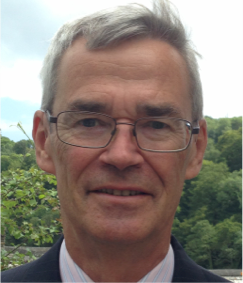 Dr. Mark Pyman is an experienced advocate, scholar and practitioner at the forefront of untangling the nexus between corruption and insecurity worldwide. He is currently one of three International Committee Members on the Afghanistan independent Anti-Corruption Committee. For the previous eleven years he led the global Security and Defence Programme at the NGO Transparency International. This groundbreaking programme worked on the ways that corruption undermines countries, especially in relation to security and conflict. He has led the team’s field work in over 30 countries, including Afghanistan, Bulgaria, Burundi, Colombia, Georgia, India, Kenya, Latvia, Lebanon, Norway, Palestine, Poland, Saudi Arabia, South Korea, Taiwan, Turkey, Uganda, Ukraine, UK and the USA.

His work has been instrumental in shaping the United Nations Arms Trade Treaty (2013), in influencing NATO policy and operations in respect of counter-corruption, in shaping the military doctrine of several countries, and in policy forums such as the Munich Security Conference. He has also led the development of techniques for evaluating the corruption vulnerabilities of all the world’s defence companies. His last publication for TI in 2015 reviewed the 165 largest defence companies worldwide in an analysis that is viewed by the industry as the most authoritative analysis available.

He has authored or supervised some sixty publications. He has also supervised  detailed reports analysing the defence corruption vulnerabilities of 120 countries.