Two Insights from an Experiment in Collective Corruption Resistance 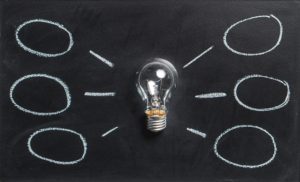 With every experimental action, there needs to be feedback (informal and formal monitoring and evaluation), reflection and adaptation. Kuleta Haki, an experiment in collective corruption resistance in Democratic Republic of Congo (DRC), offered a unique opportunity to learn about systemic corruption in the criminal justice sector (CJS), and the possibilities of collective action as an effective response.  The recent External Transition Review, (corroborated by internal M&E) suggests that in certain contexts, with the right conditions, this strategy, implemented well, has the potential to create systemic change.  As our role draws to an end, flush with the knowledge that the work mattered, we sat down to reflect on the lessons and challenges of the past two years. Two key lessons are explored here, and the full reflection may be found at Innovative Practice Brief: Collective Action Against Corruption in the Criminal Justice System.

In Lubumbashi our goal was to try something different to resist corruption to see if it would have more effect than the typically lackluster anti-corruption intervention. Our original systems analysis portrayed corruption’s complexity, but it also revealed a bright spot: the existence of ‘islands of integrity,’ or motivated CJS individuals who were known to operate – when possible – with integrity. Based on the systems map a program approach was identified to unite these individuals and create strength in numbers through a Network that supported its membership in resisting corruption in the CJS. The program had a multi-faceted strategy, but at the heart was the following collective action approach:

If people from within the CJS [both government employees and others] who act with integrity can establish strong relationships with each other, then they will feel added protection and empowered to act against corruption more openly and often, because they will have support (e.g. emotional, hierarchical, tactical) from those inside the justice system.

If you only tend to the flower, the plant may wither – Insight #1

– Support Participants In Taking Over Management Of the Group. Most of the discussion during the project regarding sustainability focused on how the Network would continue to work against corruption in the CJS, rather than the pragmatic aspects of how to run a Network. The final review process showed clearly that members needed to have devoted more energy to managing themselves as a group (plan internally, implement useful management and communication systems, etc.), so they could continue to function independently. This implies the project team needed to have transitioned their role as ‘backbone/manager’ over to project participants throughout year two.

– Trust Exists, But Will Need to Be Continually Re-Fortified. Given the daily challenges and sensitivities for CJS actors – especially those that resist corruption – it’s understandable that collective trust isn’t second-nature. Building a Network based on real relationships with social cohesion was critical to the core strategy: strength in numbers. But trust between members was also frequently challenged. Members were pressured to engage in corruption from multiple external sources (corrupt bosses, families in need of resources, colleagues who mock resistance efforts), and processes for holding one another to account proved challenging after the international support finished.

1. Informal activities (as one member put it, “where you take off your robe”) as they contribute to sense of equality and unity within the group, while letting members gently ‘check-in’ on threats to cohesion.

2. Frequent meetings, despite this being a challenge to organize due to the time demands of the professional lives of members. When there is a time lag between meetings, doubts and rumors spring up about loyalty of individuals, as well as feelings of exclusion by others.

– Anticipate Future Risk & Develop A Protection Response. For 2 years, the project team actively monitored (formally and informally) participants’ sense of safety and risks of participation and were assured that participants were not at risk. However, as the group is now without external support, while simultaneously broadening its resistance to include acts of political interference (which the Network always reported as being dangerous) in an atmosphere of heightened political volatility, the members are feeling more vulnerable without the protection of an international NGO. The lesson is that, regardless of the answers received to inquiries regarding risks and threats, the project should have devised a response strategy, complete with who is responsible and communications expectations in case the situation changed.

A second theme in our lessons is that the project team must be undying advocates for learning at all levels amongst participants and the project team itself; for better or for worse, through project sickness and in health. Learning is nuanced. For Kuleta Haki it meant, for team and Network, learning what works to resist and helping project members learn how to behave differently.

– Even For The Best, Resistance Requires Learning New Behavior. For those in the Network and beyond learning to resist corruption was at first like learning a new language. All forms of corruption in the CJS – including bribery, sexual favors, political interference and favoritism – are considered common, accepted and not noteworthy—that is, completely normal practices. Because they are so “habitual” those who want to resist need time to reflect, unlearn old practices, learn new ones and then gain confidence. It is not simply a decision to stop. This lesson has implications for the time needed by all to generate behavior change, even amongst those who are committed to the idea, as well as for setting expectations about how change happens.

– There are additional implications for the project team, too, coming from CDA and RCN J&D; greater time and attention were needed in the beginning of the project to build a common set of expectations regarding key principles of the program, such as learning and adaptive management. For those who have never been asked to reflect, challenge assumptions or openly discuss mistakes, this can be challenging. What’s more, a process of continual, evidence-based adaptation [link to innovative paper as we define adaptive there] is contrary to traditional programming, which is dominated by logical frameworks and six-month work plans. Advocates for learning inside an adaptive program must be prepared to have tough internal conversations at inception, and to articulate why ‘learning how to learn’ is so critically central to mission success.

One benefit of using systems analysis to design this project is that it’s helped our group to be realistic about how long (and how much work!) it takes to change a corruption system. Network members still, at times, fall back on approaches that are shown to have limited effectiveness for fighting corruption: name and shame, citizen rights education, etc. However, we do feel participants are on the brink of effecting enough change to catalyze a ripple through the system. It is our hope that continuing to take stock of the achievements and changes to date, based on evidence-focused reviews, insights and guidance can be created not only for project participants but also for other practitioners who are similarly seeking to effect change in the CJS in fragile states. Like with any effective social change movement, allowing time for these ripples to actualize is a good place to start. We’ve captured further insights and lessons for next steps in a fuller methodology document. See next week’s blog, which will address these insights. 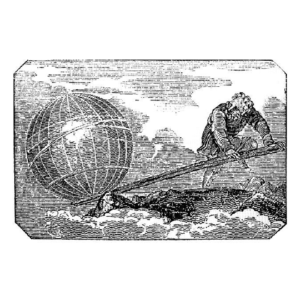 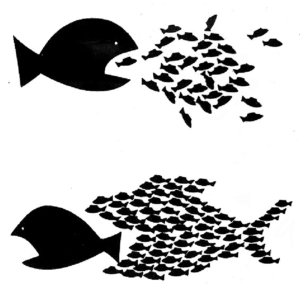 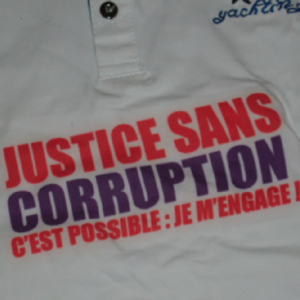 Why is Our Anti-corruption Program Working?