We have argued that the two dominant models of anti-corruption programming implemented by the international community are insufficient. One of the reasons behind this is a mismatch between the ‘simple’ strategies that are developed and the complexity inherent in corruption systems.  This ‘simple’ mindset results in gaps in what is analyzed when conducting an initial assessment.  We feel there are, at least, three critical factors affecting patterns of corruption that are not given sufficient attention and need to be included in any analysis of this phenomenon: social norms, political dynamics and cause-effect interaction or feedback.

Social norms are a critical influence on behavior. They provide the informal “rules” that specify what is acceptable behavior within a group. These “rules” are often maintained and “enforced” through social influence; when behavior contradicts these expectations, there is some form of social sanction from the group—such as ostracizing, ridiculing or even intimidating.

These are not norms of corruption; the fact that social norms can sustain corruption does not mean that there is approval or moral acceptance of corruption. Rather, it means that informal expectations that sustain social cohesion may also, under certain circumstances, influence people’s willingness to engage in or accept corrupt behavior.

We are not suggesting that social norms have been ignored completely in theory and practice. Collective action theories highlight the role of expectations in shaping individuals’ willingness to engage in corruption, and thus begin to address the role of norms in reinforcing persistent patterns of corruption. Yet social norms are broader than the expectations about others’ behavior emphasized by collective action theories. They are constructed not only from what an individual believes that others actually do, but also from what an individual believes that others think she or he has an obligation to do in a particular situation. Without an analysis of the role of social norms underpinning corruption in any given context, the risk of designing a failed strategy is high.

Understand the function of corruption in political culture.

Critics of the “principal-agent” approach argue that anti-corruption programs are not as effective as they could be because they are often not fit for the political culture and power dynamics in the target society. In our analysis, “political culture” refers to: the way in which politics are organized and how political power and/or wealth are amassed, used and exchanged.  Within this, specific inquiry into the role that corruption (the abuse of this power for personal gain) plays in these processes must be done. Patterns of corruption differ depending on the underlying political and economic development processes in the countries in question—i.e., how people pursue, use and exchange wealth and power, and how institutions facilitate or impede these processes.

Some analytic frameworks have been articulated to assess the political-economic context and stakeholders. They provide important insights into how political power is organized and the implications for anti-corruption strategy, including the need to approach corruption indirectly (e.g., through property reform, opening political space, etc.) in order to achieve success in reducing it. We argue that people designing and implementing programs need to engage in deeper analysis and strategy development about political dynamics.  We discussed some of our lessons and questions about how to assess power dynamics to aid corruption analysis earlier in this blog, here.

Very little attention is given to secondary and unintended effects of anti-corruption interventions in the theory and practice literature.  Reactions in the system may not only feedback to undermine achievement of programmatic goals, but also undermine other important social, political or economic dynamics as well. For example, support for making judicial decisions more transparent and for mobilizing citizens against corruption could create pressure on judges to refuse bribes and resist political pressure. However, it could also threaten corrupt elites and, as Johnston notes in his book Corruption, Contention and Reform, “encourage [them] to shift thievery into overdrive,” find new and more damaging ways of pursuing their goals, or result in repression or violence.

Similarly, “frying a big fish”—prosecuting and imprisoning prominent figures for corruption—could send a useful message both to potential bad actors as well as those resisting corruption, but could also be used as a means to neutralize political opposition. Further, we argue, that if a society is divided or emerging from conflict and there are few bridges across conflict lines, then promoting, promoting civic activism without understanding the differential impacts of corruption across the divides, could deepen divisions and escalate violence.

Taking it all into consideration

In complex systems it is important to consider how reforms may backfire in the long run.  How might anti-corruption efforts unleash dynamics that could undermine the sustainability of reforms in the long run? What are the broader (unintended) effects anti-corruption efforts might have in other areas – such as security of citizens, recruitment of judges, social cohesion, etc?  As understanding of the “problem” and of consequences of our actions often only comes as “solutions” are tested through implementation, monitoring and evaluation, it is important to track and update analysis frequently.

If you have seen unintended negative reactions to anti-corruption efforts, please tell us the story and what you think could have been done differently.

The fourth in the CDA Perspectives’ corruption, criminal justice and legitimacy mini-series. 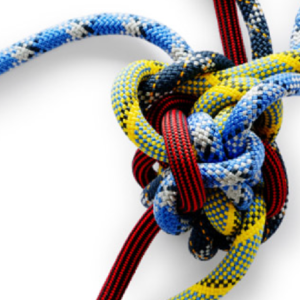