The value of a stereotype: Women resisting corruption

How we almost discredited an important piece to understanding the dynamics of resisting corruption in Democratic Republic of Congo, when we were uncomfortable with what we heard from participants in our gender analysis.

Last September I wrote about how important it is for anti-corruption practitioners to ask good questions about the ways gender identities motivate or dispel individuals from engaging in corruption. This, I still firmly believe is the best approach for good programming. But is it easier said than done? What if you learn that, contrary to your belief, many truly believe all women really are – inherently – LESS corrupt!? What do you do? In our recent gender and corruption research for CAASDI program, we hypothesize listening to this perception is critical for understanding the context your anti-corruption program is operating in.

Why does an anti-corruption implementer need to think about gender?

Gender roles and power are closely linked. Often, gender roles convey a lot about who has control, power or influence and why, which is critical for several reasons:

1. Corruption is the abuse of ‘power’ so knowing who has it and who does not is important in better understanding how corruption happens

2. In thinking about resistance strategies, one needs to have a sense of what power is available, by who and how that resistance would play out.

This post shares how our gender analysis of key informant interviews opened our eyes to previously overlooked power dynamics in the corruption system.

The Power Dynamics Embedded in Being a Guardian of Values

Through our gender analysis — analyzing different experiences and how these might link to corruption — we learned that certain women maintain a reputation as the “guardians of values.” While the implications of this role are diverse, one expectation of women ‘guardians’ is that they resist corruption more than men.

We learned about this “more resistant” identity category over the course of a significant number of key informant interviews. This identity was closely linked to what interviewees’ perceived to be an ‘inherent woman’s nature’, which we discredited for several reasons, including it being too generic and useless for understanding what really motivates corruption resistance. In further conversations with the Network, however, it became apparent that men and women alike still stood by the existence of that ‘type’ of woman. These female ‘guardians of values’ seemed to be quite central to resistance! This led us to wonder: why is so much significance vested into this identity?

Role Modeling Resistance Might Provide You an Important Advantage

A validation workshop with the Network helped to clarify: these dynamics may actually be useful to women in a given context. Social status (i.e., one’s standing in relation to others in society) is a critical factor in determining the degree of influence an individual has in this context. For many women and men among those we spoke to, a woman seen as a protector of values (e.g., responsible for ensuring honesty of criminal justice sector – CJS – colleagues) is in possession of a social status that holds influence. The majority of the women (and men) we interviewed, felt that this reputation, as ‘guardian of values’ might in fact endow women a level of desirable influence.

It’s a mantle all women in the DRC are expected to carry, but many also choose to uphold. When many women discussed resistance, it was often stated that this was done to protect this valued reputation. From conversations with the Network, being a particularly reputable ‘guardian of values’ makes a woman “well-known” in the courts and she may benefit from the social status and influence that come with “being known.

Certain women in the DRC may feel empowered by the ‘guardian of values’ gender identity to help them resist corruption. But being expected to resist corruption all the time is a lot of pressure…

Others, however, during our conversations for this project did not appreciate this reputation, as it put too much pressure on their shoulders to conform to an identity many feel is sexist (re: is it really in a woman’s nature to be less corrupt!?). What if demanding a bribe to pay for your children’s school fees is necessary? A tension exists, for some, to conform to the ‘guardian’ reputation at all costs with little room to negotiate.

So, Making Everyone ‘Guardians of Values’ Won’t Solve Corruption?

Some women may feel empowered by the ‘guardian’ identity to resist, and will resist corruption more often if it means upholding this important, recognized identity; however, it’s obvious that for some this identity can also be a disadvantage. this approach would definitely not make sense if used to ‘empower’ men.  Interviewed men did not feel pressure to be the ‘guardians of values,’ and these “resistant” identities have been difficult for practitioners to replicate. (Even more so considering the pressure men are under to be corrupt) i.e., “we’re finding it hard to make men feel they are also the guardians of values so that they resist more”

We would have likely missed many of the insights we shared above, and consequently would have missed opportunities to better understand possible drivers for resisting corruption, if we did not conduct a gender analysis.  We recommend that other anti-corruption practitioners also avoid similar “blind spots” in analysis, as : conducting a gender analysis goes far beyond identifying how experiences for men and women differ when it comes to corruption. This is necessary, but not sufficient. Digging deeper is critical for understanding how certain gender identities (and the broader societal gender roles that feed these unique identities) allow for opportunities to access power and status for women in particular.

In our next post in the gender series… We’ll discuss how incorporating gender into our systems map enriched the project’s analysis process. Subscribe to be notified. 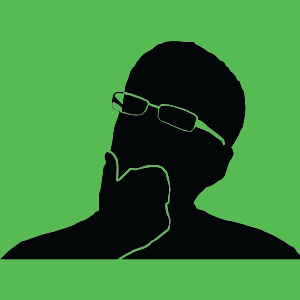 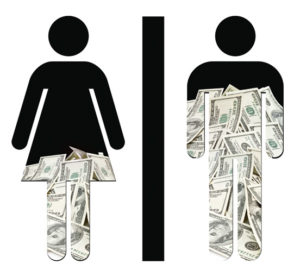