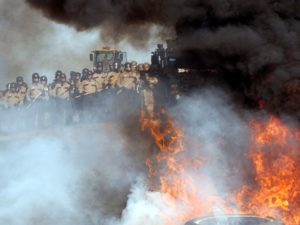 Our two-year research project on the private sector as a peacebuilding actor allowed us to do deep dives into about a dozen fragile and conflict affected contexts. These studies, along with extensive additional primary and secondary research, explored the strategies and approaches of companies who set out to intentionally, positively alter the dynamics of social and political conflict in the placesin which they worked. The research also allowed us to explore the policy environments in which these and other companies operate.

Our work indicates flaws in mental models and theories of change predominant in the business and peace literature; we found in particular significant gaps between how change is presumed to happen, and how change actually happens. These flawed models are apparently driving much of the policy and practice relating private sector development in fragile and conflict affected contexts. These will need to change if policy for peace-positive private sector development is to have its intended impact.

It appears widely believed that policy and aid interventions that support private sector development help to ameliorate key factors of conflict and fragility, in a relatively linear fashion: 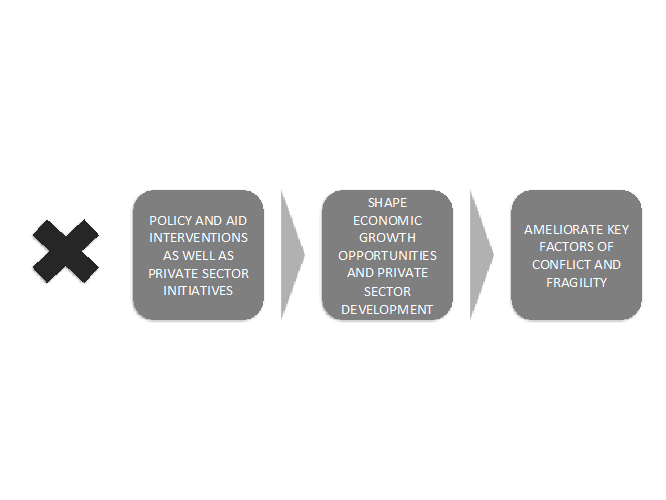 This thinking is consistent with prevailing models that measure fragility across a variety of dimensions – economic, environmental, political, security, and societal in the case of the OECD “dimensions of fragility” model (2016),[1] for example – and then assume that packages of interventions that address these presenting conditions reduce fragility itself. So policy support, infrastructure investments in roads and ports, and concessionary project funds, for example, may enable a palm oil plantation development, which in turn is meant to create jobs and increase tax revenues for public services. This is presumed to reduce fragility.

The reality, however, is that the very dynamics of political fragmentation, mistrust, exclusion, and grievance that make a context fragile in the first place also undermine policies and initiatives meant to address it. As seen in our Sierra Leone case study[2] and modeled below, negotiations setting up the investments may include representatives of the national government but not local and traditional authorities; state security services may be deployed to displace people from their traditional lands or stifle their protests. The enterprise set in motion by these dynamics in turn increases civil society’s sense of grievance; and undermines resilience as the business environment increasingly favors large, export-focused players in the formal economy over smallholders in the informal economy focused on food for local consumption. Meanwhile, tax revenues that disappear to the capital fuel protests by communities struggling with the negative impacts of in-migration and unregulated environmental degradation without adequate resources to manage them. The policy intervention and investment support posited to reduce fragility in fact has the opposite impact:

Companies need to be conflict sensitive, of course. But this analysis underscores that conflict sensitivity at the enterprise level is insufficient to mitigate conflict risks. The above scenario could unfold even with a company operating the palm oil plantation that applied conflict sensitive practices reasonably well within its more direct spheres of influence. It is beyond the scope of most any individual private sector actor to fully mitigate the impact on conflict of the regional distribution of private sector projects, the aggregate attentiveness or inattentiveness to the interests of domestic actors and the informal sector vis-à-vis those of large and often foreign enterprises, or unregulated in-migration. Policies and initiatives to promote economic growth, shape the investment and business climate, and promote private sector development must themselves be conflict sensitive if they are to result in more peaceful development, rather than reinforce conflict and fragility.

At the nexus of company and policy level conflict sensitivity is the contemporary policy discourse, which centers on “de-risking” private sector development to drive ever greater investment flows into fragile and conflict affected states. The vast majority of business actors in fragile environments unsurprisingly think in business terms. To the extent that they are further able to reap the upside rewards of fragile state investment without bearing the commensurate downside risks, it is incredulous to believe that they will invest in the analysis, planning, engagement, slower implementation, and sharing of benefits that may lower profitability required by conflict sensitive practice. Indeed, many advocates already see the ability of companies to make high returns in fragile states without internalizing the costs and risks they pose to others a key contributor to chronic conflict.

Changes in corporate policy, operations, and capabilities in other complex domains – such as environmental performance and workplace health and safety – came at least in part because companies were exposed to more risk, not less. Similarly, our cases and related evidence show that the risk frame is the most powerful motivator of company action with regard to conflict dynamics in difficult environments: the risk of not being able to move forward with a project; the risk of operational disruption or project failure; or the risk of a sea change in the political climate that would compromise the company’s very presence.

Yet there seem in current policy plans to be no consideration of the possible negative impacts on social, political, and conflict dynamics of de-risking private sector investment, and therefore no mitigation plans to adequately address them. Neither does there seem to be any consideration of the absorptive capacity of fragile and conflict prone environments to manage even greater inflows of what will inevitably be contested resources. In short, this is an example of dangerously conflict-insensitive policy.

This post is part of CDA Collaborative Learning Projects’ Business and Peace blog series, and was sponsored by the Knowledge Platform for Security & Rule of Law (where the blog was originally posted). You might also be interested in reading more about the business and peace project and the case studies and reports from which some of this post is based.

Please feel free to post your comments to the authors on this page, or contact Senior Program Manager Sarah Cechvala, at [email protected], with your reactions or suggestions for further research or discussion. CDA is undertaking a collaborative learning project on the topic of business and peace. In partnership with the Peace Research Institute Oslo and the Africa Centre for Dispute Settlement, CDA is seeking to enhance the evidence base in order to better understand how, why, and through what means the private sector companies might be able to impact peace and conflict dynamics. Over the next several months, preliminary findings and other work products from this project will be posted here on CDA’s website. Click here to subscribe to project updates.

Photo credit: Mike McCleary/The Bismarck Tribune via AP. Law enforcement stand in the distance as fire and thick smoke from burning tires billows in the air at a protest roadblock across Highway 1806 at the Front Line Camp in Morton County, North Dakota, Oct. 27, 2016. Originally posted here. 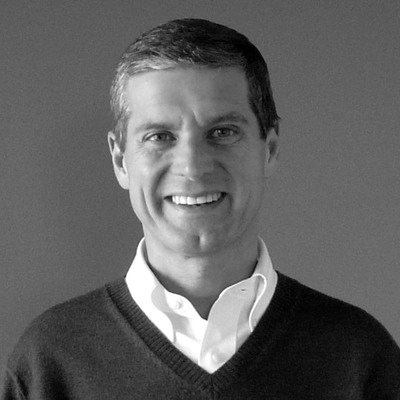 Brian Ganson, J.D. is Head of the Africa Centre for Dispute Settlement at the University of Stellenbosch Business School, a hub for research and reflection on the prevention and resolution of conflict. He works with multinational companies, governments, community advocates and other international actors as a consultant, researcher, educator, and mediator. He is co-author of works including: Study of Operational Experience of Business Environment Reform Programming in Fragile and Conflict-Affected States (London: DIFD, 2017); Business and Conflict in Fragile States: The Case for Pragmatic Solutions (London: International Institute for Strategic Studies, 2016); and Business and Institutional Reform in Hybrid Political Orders, in Institutional Reforms and Peace Building (London: Routledge, 2016, N. Ansorg & S. Kurtenbach, eds.). He earned his master’s degree in international relations from the Fletcher School, Tufts University, and his Juris Doctorate from Harvard University. [email protected]; www.ganson.org

How do Businesses Strategize Peace? Emerging Issues from Colombia