Localisation four years after the Grand Bargain: what is still missing?

Before starting a career at the international level, I had worked at the country level and founded the Non-Governmental Organization (NGO), Global Refugee Initiatives (GRI) in Uganda. GRI is a national organisation according to the Humanitarian Financing Task Team (HFTT) localisation marker definition:

“National NGOs/CSOs operating in the aid recipient country in which they are headquartered, working in multiple subnational regions, and not affiliated to an international NGO.”

Working at the international level has familiarised me with global processes on localisation and the commitments made by donors and international aid organisations, to ensure that national and local actors are placed at the forefront of humanitarian response. These commitments were strengthened under the Grand Bargain, launched at the World Humanitarian Summit (WHS) in 2016.

Since its launch in 2016, the localisation agenda has increasingly gained momentum as we notice from the recent Grand Bargain Annual Report of 2020. Covid-19 has especially re-affirmed the importance of partnering with and placing local and national actors in leadership of response to crisis. When governments enforced lock-down and movement restrictions within and into countries, local actors were best positioned and continued to serve affected populations. 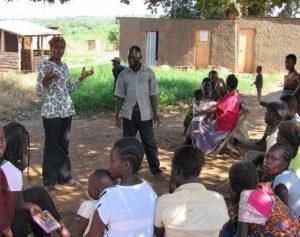 The renewed advocacy for increased civil society space for local actors is also gradually realizing positive results. There are currently more regional and national NGO platforms than there were before the WHS in 2016. In Uganda, the Humanitarian Platform for Local and National Organisations was established in 2018, to bridge the gap between its members and other humanitarian actors – the donors and international aid organisations. Through these platforms, local actors can influence humanitarian policy and practice at both local and international levels. But greater localisation still requires capacity strengthening and engagement of the platforms and their members in global level discussions and decision-making processes to be stepped up.

Another of the key concerns blocking greater localisation is the unclear definitions of local/national actors. The agreed upon definition of the HFTT describes national and local actors as:

“Organizations engaged in relief that are headquartered and operating in their own aid recipient country and which are not affiliated to an international NGO”.

This definition is limited in scope, often misinterpreted, and excludes key categories. For example:

a) State actors – national and local Governments: Governments play important roles in coordination and ensuring effective humanitarian response within their territories. However, they are not covered by the above definition and have not been fully utilised in localisation processes, despite the important role they can play in advancing the agenda. Governments are the ones who enact and enforce laws and policies that facilitate humanitarian operations in crisis situations. They register NGOs, issue operational permits and are responsible for giving humanitarian access rights to both local/national and international responders. When sufficiently involved, they can accelerate an enabling environment for the agenda to be realised either through legal and policy reforms which support local actors or as a monitoring body to ensure signatories implement and fulfil their commitments.

b) Organizations who fall between categories: According to the HFTT localisation definitions, GRI is a national NGO. It has a headquarter in an aid recipient country (Uganda), has operations in multiple subnational regions, and is not affiliated with an international organisation.

However, to the Ugandan Government, GRI is a Foreign NGO, because some of its Board Members are citizens of Global North countries. Consequently, invoking Section 3, Paragraph 12 of the Non-Governmental Organisations Act of 2016, the Uganda NGO Registration Bureau registered GRI as a foreign NGO rather than a national NGO.

Listing it as a foreign entity came with many challenges, including meeting high registration costs like those incurred by international organisations, lengthy and challenging requirements to obtain access permits, and meeting the expectations government has from international organisations. Moreover, in the eyes of donors, we were a national body, with no track-record of big projects implementation and therefore, opportunities to get funds to support initial activities were minimal. Board members and volunteers have had to sacrifice personal finances and time to meet pressures in the first years of operation before we would obtain external support needed.

c) NGOs operating only regionally in both crisis and refugee responses: These include: NGOs whose nationals are from a crisis country and operate in both the crisis country of origin and across the border in a neighbouring country to address the refugee crisis e.g. a South Sudanese-led organisation operating in South Sudan and across the border in Uganda. Secondly, NGOs headquartered in an aid recipient country and operating in multiple locations on the same continent but not the same region. The Ugandan NGO Act of 2016 classifies them as regional and continental organisations, respectively. Other countries’ laws might have different classifications of the two scenarios.

The localisation agenda is missing equity and trust

Like many other national and local organisations, especially start-ups, limited funding is the greatest challenge to GRI. The first three years of our existence have particularly been tough. GRI members have had to invest personal financial resources and time and have relied on services of volunteers. We also acquired a loan to facilitate the initial projects aimed for building the institutional, managerial, and technical expertise required by most donors and international aid organisations before they would give us funds or support. However, the organization is gradually realising results from the initial sacrifices of members. For example, upon meeting requirements, the Ugandan government issued us a permit to access and operate in refugee settlements in the country. Most recently, the government allocated a piece of land to us to develop our planned education and health facilities in Kiryandongo Refugee Settlement. We are yet to find funds to implement this project and so continue to rely on donors’ faith in our proposals for support.

Similarly, securing partnerships, mentorship, and capacity strengthening from International NGOs continues to be a challenge. Most international organisations GRI has approached in Uganda have expressed unwillingness to collaborate. Like the donors, aid organisations are hesitant to invest time and financial resources in local or national organisations with a limited track record of implementing large projects. GRI has often been advised to return at later stages of its operations to discuss opportunities for collaboration. On the other hand, there is more willingness for partnerships between local/national actors. As a result, GRI has partnered with more national NGOs and social enterprises in Uganda for joint projects implementation. 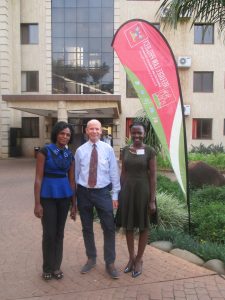 There is still a bias against women in leadership of local and national humanitarian organisations in Uganda. Therefore, GRI struggles to challenge these external biases against its members. 70% of GRI board members are women and 30% are men and, according to our constitution, all board members have equal powers over all matters concerning the organisation. However, female board members are often viewed differently from male counterparts whenever engaging with other stakeholders. There have been instances when female representatives and board members of the organisation have been denied meeting appointments and opportunities to attend important events within the sector, at national level with other stakeholders. Male colleagues are more accepted. The gender biases against women are common among national staff working in some government departments and international aid organisations. These biases could partly be attributed to the cultural perceptions towards women by these individuals basing on beliefs in places of origin.

Our experience has also revealed that GRI members who are nationals of Global North countries are preferred and trusted by international actors and the Government compared to the nationals of Uganda in negotiations for collaboration. 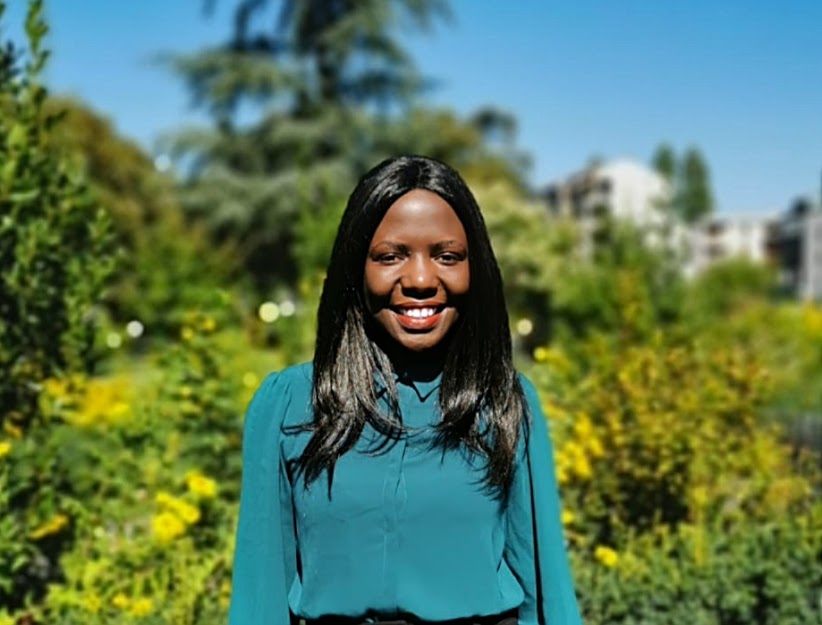