In this post, Ben Miller, an expert on corporate social impacts in fragile and conflict-affected states, argues that current discussions of private sector peacebuilding overlook almost entirely the practical problems that companies frequently experience as they try to avoid adverse social impacts. As negative impacts commonly generate or fuel conflict, their absence from the discussion raises fundamental questions about that discussion’s practical utility for companies and policy makers seeking to establish a role for companies in peace efforts.

There’s an old joke at the expense of economists:

An economist, a physicist, and an engineer are stranded on an island with a can of food and no can opener.

The engineer says, “let’s smash the can open with a rock”.

The physicist replies, “bad idea: that’s going to splatter the food onto the ground. Let’s light a fire. The expanding gases will force the can to pop open, and presto – a hot meal!”

The economist says, “bad idea: the can will explode and the food will fly all over the place. Now, if we assume that we have a can opener….”

Much of the current discussion about the role of private sector actors in peacebuilding “assumes the can opener”: it presents ‘solutions’ that are appealing on their face, but in fact do not relate to the problem at hand. Because of this, it offers relatively little that is of practical value to companies or policy makers who might be interested in peacebuilding by companies.

The discussion is disconnected from real-world concerns in two ways:

First, in my experience working with extractive companies at project sites in fragile and conflict affected states (FCAS), when ‘frontline’ company staff talk about the host society, they almost never talk about peace, peacebuilding, or conflict transformation. When they do talk about those things, they talk about other actors doing them.

In itself, of course, this says relatively little about corporate impacts on peace. A common assertion in the literature, after all, is that, in some cases, companies contribute to peace without necessarily trying to do so deliberately.

What ‘frontline’ staff do talk about is suggestive, however.

A significant part of their time and energy is consumed by their efforts to avoid being drawn into conflicts between communities, between themselves and communities, and between communities and state actors of various sorts. So they talk about those concerns a lot. They do so because it’s a constant challenge, one that in many cases takes on a broad range of different guises. And in FCAS, it’s exceedingly difficult to surmount.

To be clear, the companies I’m speaking of are, by and large, at or near the head of the pack when it comes to social responsibility. They desire to be good actors, and to be seen as such. They typically have ample staff and ample budgets to manage things like community relations and social investment. They tend to find that none of those things makes it particularly easy to succeed.

Second, discussions of business and peace in academic and policy arenas offer very few practical insights relating to how companies can contribute to peace.

I concede that much of the literature does indeed recommend that companies do such things as “adopt a conflict sensitive approach to operations,” “operate according to international norms and standards of responsible corporate behavior,” and so forth. These recommendations describe the what of constructive corporate operations, however, and not the how.

In their generic form, insights about the what are barely actionable at project-level. In some cases, they aren’t even insights (e.g. companies that are signatories to the Voluntary Principles on Security and Human Rights [VPs], or the Extractive Industries Transparency Initiative (EITI), do not need to be instructed to implement the VPs, or the EITI, at their project sites). They tend to beg all of the questions that company field staff need answers to. The how is the hard part.

In the field, company staff do not struggle to decide whether or not they should try to implement major international standards of corporate conduct, or whether or not they should try to deal constructively with conflict issues, for instance. They struggle to determine how to do so most effectively in the context of large and complex business operations, weak or corrupt formal institutions, and impoverished and vulnerable communities.

What should companies do, for example, if host-state law obligates them to use local private security companies, all of which have dismal human rights records? What should EITI Supporting Companies do when they operate in countries where it is illegal for them to disclose their payments to the government? How should they handle corrupt, self-interested, and unpopular local government officials who have the power to stop their operations and insist on social investment projects that benefit their own families? How should a company proceed with local hiring when two ethnic groups in the company’s area of influence are locked in violent conflict with each other over which group gets more jobs in the company?

The literature does not speak to such quandaries, and often appears oblivious to them.

It may be the case that, under certain circumstances, providing jobs, engaging in community development, implementing the standards, or what-have-you, can be channels through which business contributes to peace in FCAS  – if, for example, unequal access to employment, or human rights violations are key drivers of conflict in a specific context, and the company’s actions help to address those.

But telling an individual company in a particular context to create jobs, develop communities, and implement international standards of practice is not particularly helpful when, as is so often the case in FCAS, the external context presents so much risk and complexity.

Until discussions about private sector actors’ contributions to peace begin to address the practical, real-world dilemmas and constraints that companies face in their operations, the literature is likely to continue to “assume the can opener.”

This post is part of CDA Collaborative Learning Projects’ Business and Peace blog series. CDA is currently working with the Peace Research Institute Oslo and the Africa Centre for Dispute Settlement to develop an evidence base of case studies that speak to effectiveness in corporate peacebuilding. Over the next several months, preliminary findings and other work products from this project will be posted on CDA’s website. Subscribe to CDA’s Newsletter to receive updates on new publications.

We value your comments, questions, and insights. Please feel free to post your comments to this blog, or to contact the author at [email protected] with your reactions or suggestions for further research or discussion. 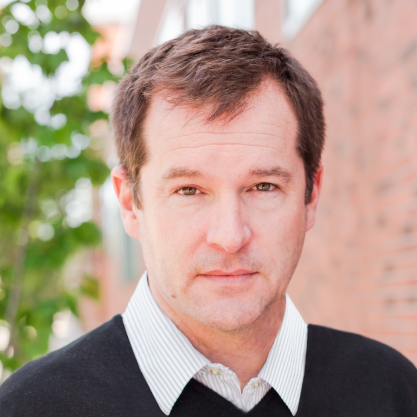 Ben Miller is the Associate Director of Advisory Services at CDA Collaborative Learning Projects. He has worked with companies in the Oil and Gas, Mining, Energy, and Infrastructure sectors in a range of countries in Asia, Africa, and Latin America. His professional areas of expertise are corporate social impacts, conflict sensitive business, and responsible business practice. He currently leads CDA’s work on Business and Peace and has been involved in a number of CDA projects in the domain of responsible business, including the development and publication of the Preventing Conflict in Exploration toolkit, CDA’s engagement of the Chinese business community, the development of field-based case studies of companies operating in the presence of armed non-state actors in Colombia, and assessments of the field operations of individual companies. Before joining CDA, Ben worked for 9 years in East Africa with an INGO, and for 2 years in the Persian Gulf in the private sector.