Did You Hear Someone Say “Resolution” in Lebanon?

I have been working in the field of peace and conflict in Lebanon for the past 7 years– teaching, training and listening. One of the main challenges of my work is that different people associate different meanings and mental images with key-words I use daily, like peace, conflict and resolution.Unless I dedicate time and attention to detect nuances in what people say, I will fail as a peacebuilding practitioner.

It’s common knowledge that using headquarters’ terminology when trying to build the capacities for peace of people out in the field doesn’t get you anywhere. Yet I found that when I am at work, the challenge of transmitting ideas is deeper and the solution is more elusive than I would have thought. In the field, I switch easily between Arabic, French and English – but the people I am conversing with usually cannot.

The people I work with speak the Lebanese dialect of Arabic. In this context it is tricky to explain, rather than just translate the concepts of, and differences between, the terms “conflict resolution”, “conflict management” and “conflict transformation.”

Usually “conflict resolution” would be translated into the Arabic term hal al niza’. However, that term brings people’s expectations too high – as it indicates that conflicts can be solved quickly with the aid of clear-cut solutions and ready-made answers.

When the word tahweel, Arabic for “transformation”, is coupled with the Arabic word for conflict it results in a term – taweel al niza’ – which makes no sense in the Lebanese dialect.

The inspiring solution came from a 14-year-old girl. Two years ago I was asked by World Vision Lebanon to deliver training sessions to Lebanese and Palestinian youth from different parts of Lebanon.

At the time I developed a habit of unofficially “polling” people I would meet for words they would use to describe the concept of conflict resolution. As I engaged this group of teenagers with that question, a young girl looked at me and said: “So is what you are trying to say halhalat al niza’?”.

In colloquial Lebanese Halhalat is used to describe an attempt to slowly, gently, carefully find a solution. Most commonly it would be used to describe the action of uncorking a bottle by turning the cork slightly to the left – and then again to the right, and so on and so forth, in order to get the cork out without it breaking. Similarly, yet less charmingly, the word Halhalat is used by plumbers to describe attempts of unscrewing eroded pipes that could crumble if handled roughly.

Ever since, I have been using the newly coined term halhalat al niza’ when I talk about conflict resolution in Lebanon. So far, whenever I introduce myself and my goals I feel that people understand what I came to do increasingly better.

Tips for finding the right words:

1- Spend time in the field listening for the right words.

2- Be sensitive to locals’ words-images-sounds associations.

3- Remember that many of these associations were created at times of high intensity conflicts. Simple words can carry heavy emotional weight and collective history by invoking either legitimacy or mistrust.

4- Simple is better: the more basic the word, the better.

People say that actions speak louder than words. Yet we still entrust words with the main task of getting our message out – we must ensure that we are saying things right.

Have you encountered similar challenges of translating ideas across-languages and across-contexts? What solutions have you found? Did listening to local conversations help you to find the right words? 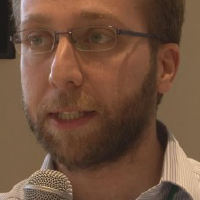 Jean-Paul Chami is a Peacebuilding Consultant & Trainer in Lebanon working with UNDP and other International and Local civil society organizations. He is also a language-enthusiast who greatly enjoys cooking. Jean-Paul first recounted this story when he attended CDA’s two week long Reflecting on Peace Practice Master Training this July – while sitting at the lunch table with CDA Program Associate Jasmine Walovitch.