I have argued elsewhere that corruption causes two distinct types of harm. It has a primary impact – the effect of a particular corrupt transaction in terms of misallocating public goods or misspending public money. But there is also a secondary impact – corruption undermines the rule of law. In Ghana recently, interviewing elite members about corruption in procurement, I was struck by how much the discourse focused on the primary impact. This raised some interesting questions about social norms and the sequencing of anti-corruption reform.

Take one common form of corruption: a public contract is allocated not on the basis of an open and fair competition among many bidders, but to a crony, through a closed or rigged process. This is commonplace, the kind of transaction seen all around the world, even in countries regarded as clean. The drivers and mechanisms vary according to context – the crony might pay a kickback to an individual, might receive the contract as a reward for campaign support, or might be a nephew with a struggling business who needs a favour. The structure of the transaction is similar everywhere: someone with power subverts the formal process to favour a friend.

The primary impact of such transactions is that public resources are misallocated. Often this means that services are not provided, roads and schools are built to poor quality, and ultimately lives may be lost as a result of corrupt contracting. Yet it is also possible that the crony company is the best one for the job, that they deliver value for money, provide an excellent service, and are accountable for their work. Such favourable outcomes are arguably less likely to emerge than if the contract was awarded fairly, although highly regulated procurement processes can themselves produce some perverse outcomes (and insiders sometimes rig the process with the public interest in mind). But favourable outcomes are possible: the primary impact is not necessarily harmful.

The secondary impact of corruption is different. In our large societies, we operate under a set of rules which are the product of consensus, and we have expectations about what it means to apply them fairly. All corrupt transactions, without exception, undermine this rule of law. With every contract awarded on the basis of favouritism, the message to society is that the rules that are written down are not the ones that prevail, or that they do not apply equally to all. This secondary impact can cause significant harm too.

Should we only focus on the waste? Reflections from Ghana

In Ghana recently, conducting interviews with the elite about corruption in procurement, I was struck by how much the discourse focuses on the primary impact of corruption. I was honoured to speak to some very high-integrity individuals, known for their vigorous efforts in campaigning against corruption and for having secured very significant achievements. When we discussed corruption in procurement, they were disgusted by what they saw, but their concern was largely with the primary impact.

The discourse about corrupt contracting in Ghana centres heavily on how much public money is wasted. What strikes people as most abhorrent about some of the recent procurement corruption scandals is that prices have been massively inflated, or money spent unnecessarily. Indeed, there have been some egregious cases – the 800,000 dollars spent on branding buses with Ghanaian colours stands out, but is not unusual. But when I probed on how things should have been different, I encountered widespread acceptance of a social norm that public contracts should be allocated to cronies or relatives. This was seen by many people as problematic if and only if costs were also inflated. In other words, the focus of debate is on the primary impact – the loss to the budget, and short-term service delivery.

Exploring further, there seems to be a widely held view that favouritism, rather than undermining the rule of law, is an expression of a deeper social norm, a ‘law of human nature’. “Of course, we should help our relatives!”, some committed anti-corruption activists told me. “Naturally, we need to reward those who supported our election campaign!” This ‘naturalness’ is invoked to argue either that such practices are ethical or at the very least that they are inevitable, and there is no point trying to prevent them.

Realism or selling out?

At one level, I agree. What has always fascinated me about studying corruption is the very fine nature of that line between behaving corruptly and our desire to help those with whom we are socially connected. But privileging one person who has the right social connections inevitably means disadvantaging someone else who does not. That is why corruption always undermines the rule of law and breeds a sense of injustice. And that in turn disrupts the process of building state legitimacy, hindering governments from delivering their part of the social contract. Fighting corruption cannot and should not be about trying to eradicate social bonds. But it can be about creating a space in which the power and resources of the state are used and distributed according to rules which everybody sees as fair.

I have a nagging worry that ignoring the secondary impact might undermine the whole enterprise. It depends on the context. In contexts where the rule of law is generally entrenched and secure, an occasional act of favouritism or nepotism might not undermine the rule of law much. As a member of that community, I will still (by and large) trust the system, still expect to be treated equally. Companies will continue to bid for contracts, in the expectation that they will win on merit. Similarly, in situations where the rule of law is practically absent, one corrupt transaction is unlikely to change things much. There is no confidence in the system in the first place, not much to undermine.

For most developing countries, though, where societies are engaged in building the rule of law right now, this secondary impact might matter a great deal. When a corruption scandal surfaces, it says to people, don’t bother playing by the rules, they don’t matter. What matters is your connections, your social capital, your access to the elite. Rothstein and others have pointed out that such expectations about how others behave present a collective action problem, undermining efforts to fight corruption. Moreover, the implication of this thinking is that when you do have access you should (ab)use it to the full, because you might not have it for long – an effect that might be more severe in poorer societies, where there are fewer alternative ways of making a living.

However, those discussions in Accra made me think. Could this be a matter of sequencing? In fighting systemic corruption, could or should we focus more on the primary harms, at least as an interim step? If a country moved from a situation in which contracts were allocated corruptly and prices were massively inflated, to a situation where contracts were allocated corruptly but at a reasonable price, this could bring real benefits in terms of developmental outcomes. It might also be easier to achieve because it does not require such an upheaval in accepted norms. Is this a realist strategy that could get things moving, yield some tangible results and build more buy-in for further reform? Or a slippery slope that puts the whole endeavour in jeopardy? 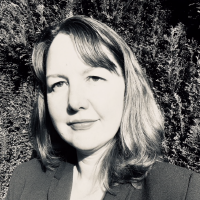 Liz David-Barrett is a Senior Lecturer in Politics at the University of Sussex and Deputy Director of the Sussex Centre for the Study of Corruption. Her research interests include corruption in procurement and aid, lobbying and the revolving door, and political ethics. 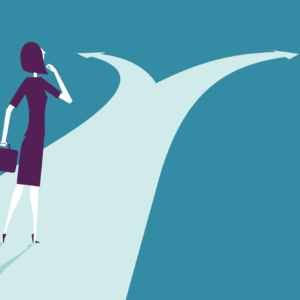