Walking around Monrovia, Liberia it’s hard to escape Hipco music. From supermarkets and dress shops to small, battered radios attached to motorcycle taxis, the music floats all over the city. The genre combines Liberian Pidgin-English, called kolokwa, with high-BPM dance rhythms and also touches of reggae, hip hop and RnB. Dating back to the Liberian Civil War, it’s also a genre that tackles socio-political issues in the country, and is a means for young people to express themselves in a relatable, viral way. As a campaign tool, Hipco has proven to be a powerful vehicle for change. 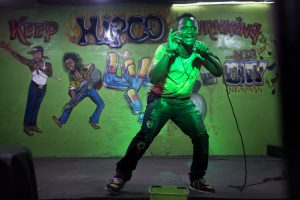 Arguably one of the first issues to bring Hipco to an international audience was the country’s Ebola outbreak in 2014 that ultimately claimed 5,000 lives. The disease called for the urgent distribution of health messages to counter misinformation and teach people how to keep themselves safe. As volunteers led many of the lasting community mobilization efforts, it was critical to reach communities directly. A number of Hipco songs from that period went viral, receiving massive radio airplay and wide reach as a result. Artists like Takun J have evolved the genre even further, solidifying it as a powerful, socially-conscious art form. 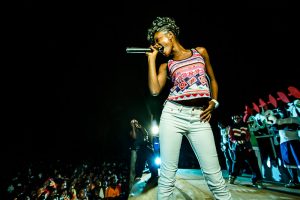 Rap2Rep was launched by Accountability Lab (AL) in Liberia in 2015. Previous campaigns have centred on women’s inclusion in election processes, gender violence, and anti-corruption. But like Ebola, the Coronavirus era has brought about particular challenges for Liberia in terms of misinformation and misunderstandings and so it made sense to focus the campaign for 2020 on Covid-19. We need to weed out damaging rumors about the disease that have been doing the rounds. These include ineffective natural remedies and misinformation about the impact of the country’s warm climate and young population. Accountability Lab Liberia wanted to align the Rap2Rep campaign with the challenge of keeping people reliably informed about the pandemic and debunking harmful myths about its source, symptoms and potential long-term effects, in keeping with our Coronavirus Civic Action Campaign.

Tackling Ebola successfully came down to one important thing – finding local leaders who were trusted by communities. In Liberia, this group included religious leaders, community activists, and musicians who continue to enjoy large, loyal fan bases. These people from across the spectrum in Liberia are most knowledgeable about the kind of solutions that stand the best chance of being taken up by communities, particularly when lives are at stake. As a translocal network, Accountability Lab sees itself as a collective of local organizations with a shared purpose and understanding about the challenges we face. Integral to this approach is working collaboratively and across borders on creative solutions to develop solutions. This strategic approach relies on bringing different types of actors together in coalitions that amplify reach and secure long-term sustainability. 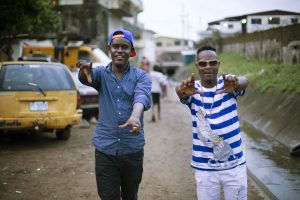 So, for Rap2Rep, we knew local leaders were key to our success. We’ve relied on local musicians and artists to grow the Campaign into a national movement of active citizens. Beyond the lyrics and music production, the participants and the mentors are matched by the AL team to others in the industry to receive support to create distribution strategies. This is done in tandem with a countrywide network of popular community radio stations. The program also includes mentorship and training, network building, and advocacy.Participants learn how to use their songs to influence thinking, behaviors and local policy in a way that elevates bottom-up approaches.

In the context of localization, this is not about shifting power to communities but rather about recognizing the inherent power and wisdom within communities as a starting point. This engenders trust, with inclusive participation as a key program outcome.

The Rap2Rep campaign takes the form of a competition where first-time artists, who are passionate about social change, submit their song ideas and home videos on the chosen theme. Shortlisted finalists get the opportunity to be mentored by artists like Accountability Lab’s Hipco ambassadors, Henry ‘Amaze’ Toe and Didho ‘Beat Master’ Williams. They are also supported in the longer term to develop their own albums. Takun J, for instance, is an active member of the Hipco network created by the Rap2Rep campaign over the past five years, alongside popular deejays and media personalities. 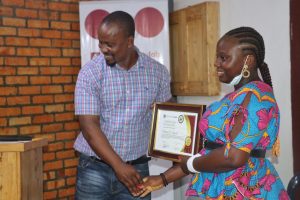 To kickstart Liberia’s 2020 campaign, Amaze and Beat Master led a team of 16 musicians to create three songs targeted specifically at encouraging Liberians to take responsibility for their health and safety. The lyrical advice is fused with dark humor and catchy local references but the songs still manage to reflect on issues like stigmatization, death rates, and lockdown regulations. Working with radio stations in Liberia’s 15 counties, the combined reach of these songs over the past two months is pegged at more than 4 million people. The overall campaign winner was Helen D. Smith whose song Corobaby received significant support on national media platforms. The AL Liberia team is now working with Helen on an album and supporting her with studio time and ongoing opportunities to engage the Hipco network as her new songs take shape.

Rap2Rep in Liberia has its sights set on the upcoming national elections later this year as the next theme. We’ll be mobilizing citizens to engage actively with community issues and to vote. As the country navigates the pandemic and the conflicting economic and healthcare priorities, well-informed citizens will go a long way to ensuring the kind of democratic dividends the country deserves.

Too often in the development world do we see examples of creative or operational decisions being taken far away from the places where those decisions have an effect.Therefore, bridging this proximity gap through deep engagement and supporting active citizens and leaders on the ground, is core to our role as a translocal network. 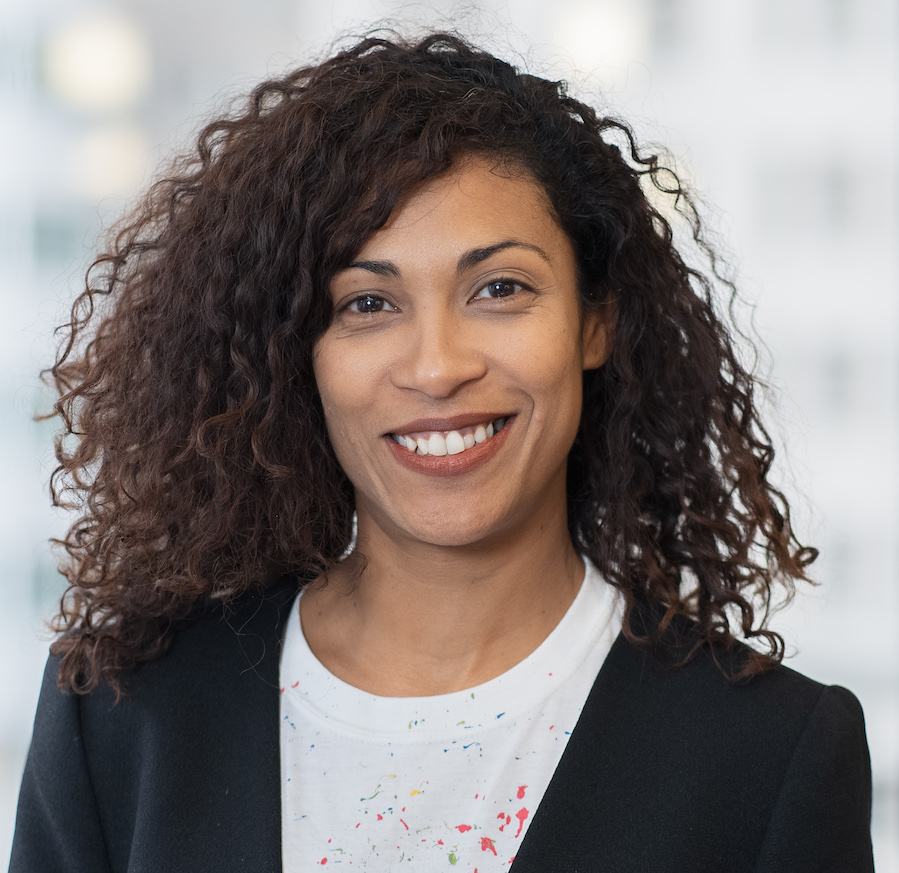 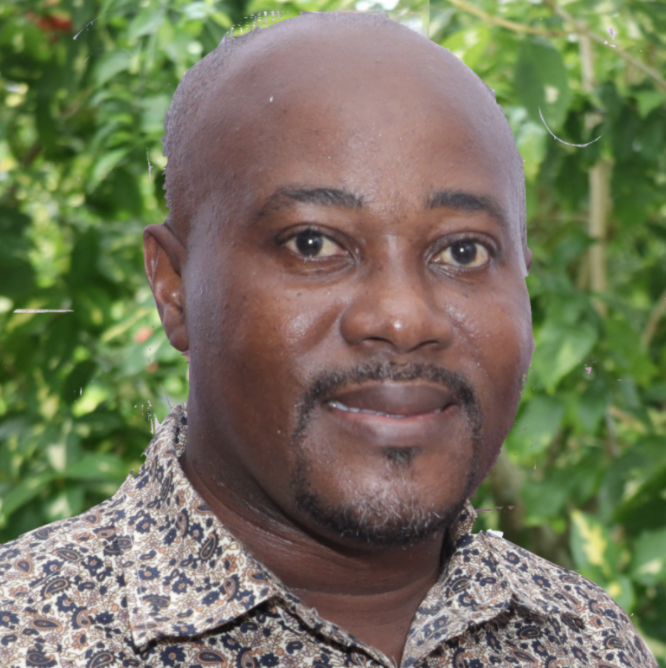 Sheena Adams is Global Communications Director at Accountability Lab, based in Johannesburg. She’s worked for national newspapers, websites and magazines, and has experience in publishing, research and multi-channel storytelling. In her current role at Accountability Lab, she’s invested in communications that have an impactful social purpose and that are not extractive.

Nyema Richards is Director of Programming and Learning at AL Liberia, based in Monrovia. He is a passionate social development worker who enjoys working with communities and individuals on their awareness of their development needs and rights, including helping people to find their passion for self-development. Nyema’s work in program management has been focused on youth and livelihood, income generation and enterprise development, gender equity and diversity, and child protection.