In this post, Kelsey Goodman draws out key lessons from a survey of research on political corruption. Researchers and policymakers would be well-served to “get specific” when talking about types of political corruption, and the interventions meant to curb them.

After our recent posts applying systems thinking to criminal justice systems and the refugee crisis, the Corruption, Justice and Legitimacy team wanted to turn our gaze to an area previously undiscussed on our blog: political corruption. Wanting to see what literature was already out there, we started our dive with “What Works to Curb Political Corruption,” a review of the existing evidence-base on what types of interventions successfully combat political corruption.

This report is a great place for any researcher, student, or policy-maker exploring political corruption to start, if for no other reason than the useful table in the appendix summarizing the anti-corruption literature surveyed, including the type of intervention, location, evaluation of impact, and key findings. The 61 studies reviewed include both primary and secondary research types, spanning upper to lower income countries. This report illuminated several takeaways that draw out relevant policy lessons and offer insights on how improved research design can better our understanding of what works to curb political corruption.

Lesson 1: Be specific when you talk about political corruption

A crucial argument in the report is that ‘political corruption’ is a rather unhelpful term in anti-corruption programming since it encompasses at least two different types of corruption, which each require different programmatic approaches:

[See the helpful table from the report below for more details]

Lesson 2: Strengthen the quality of studies on corruption in policy formulation

The problem of the lack of specificity is particularly glaring in studies of corruption in policy formulation. Therefore, it is not surprising that those studies tend to be weaker than studies of electoral corruption, especially in terms of quality of evidence. (Figure 1, Figure 2) The report authors call for “studies that drill deeper to isolate the particular aspects of the corruption problem in the policy-formulation process.”

[Click to enlarge. Both figures are from the report]
Corruption in policy formulation is more difficult to operationalize and quantify than electoral corruption because it deals with more abstract topics. In explaining this, the authors pose a challenge to researchers: what are innovative ways to operationalize this form of corruption? How can you measure it?

We propose that this is an instance in which researchers should break out of the methodological cage. A systems-approach to analyzing corruption in the policy-formulation process could be a useful analytical tool to strengthening the conceptual focus of these studies. After all, policy formulation is a systems-driven process that varies based on the institutional design of the legislative body in question.

The interventions explored in each study were evaluated for effectiveness based on a simple, qualitative criterion of how strong the study found its effect.

The types of interventions cited include:

Transparency, rule changing, and social mobilization present a mixed picture of effectiveness in curbing corruption in the policy-formulation process. The success of these interventions seems to be hinged on whether they targeted the most critical junctions of corruption – or simply the most obvious.

It’s worth a read

This report is a comprehensive survey of ‘the current state’ in the effectiveness of programs meant to curb political corruption.  It should be noted that it does not specifically focus on fragile states, nor does it incorporate practitioner experiences in its survey. 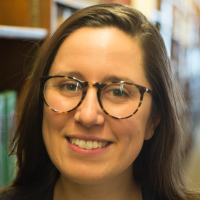 Kelsey Goodman is a graduate student at the Fletcher School of Law and Diplomacy studying development economics and international business. Her academic interests lie at the nexus of good governance, financial inclusion, and economic development in the Middle East and North Africa. Kelsey speaks Arabic and has a BA in foreign affairs and Middle Eastern studies from the University of Virginia. She is currently serving as Co-Chair for the 2018 Fletcher Political Risk Conference.