Corruption is a complex, dynamic, and often contradictory phenomenon. It is hidden yet widely acknowledged, harmful yet at times beneficial, where a victim today can be a perpetrator or beneficiary tomorrow. It distorts the rule of law, keeps essential basic services out of reach of the poor, exacerbates grievances, and buttresses illicit power structures within the state apparatus, all the more so in fragile and conflict-affected states. The international community has made combating corruption a global priority in Sustainable Development Goal (SDG) 16; a key element of promoting just, peaceful and inclusive societies – is to substantially reduce corruption and bribery in all its forms.

Despite the significant investment made by international donors to combat corruption through development assistance, there is sparse evidence that their current strategies are effective. Evaluations of this assistance is not consistently of high quality, making it difficult to draw conclusions with confidence.  Even where evaluations and research are sufficiently robust, the evidence of effectiveness is mixed at best. In fact, there is strong evidence of the ineffectiveness of some very popular interventions—such as creating anti-corruption authorities, civil service reform, and aid conditionality. The emergence of research showing anti-corruption efforts actually increasing corruption is of even greater concern.

As the first in a short series of posts, we will share lessons from the Corruption, Justice, and Legitimacy (CJL) project about current approaches to understanding corruption, how international donors combat corruption, and weaknesses in their operative logic.

The Corruption, Justice, and Legitimacy (CJL) project advances innovate approaches to corruption analysis in fragile and conflict-affected contexts and supports holistic efforts to diminish corruption in core state activities related to human security. It is a Carnegie Corporation funded research project, housed within the Institute for Human Security at The Fletcher School of Law & Diplomacy, Tufts University.

What are the current approaches to understanding corruption?

Two theoretical models dominate the anti-corruption field’s thinking about how corruption happens and how it can be addressed: principal-agent and collective action.

In this model corruption is seen as a breakdown of the principal-agent relationship. The “principal” delegates an “agent” with tasks and the responsibility of ensuring others comply with regulations. This agent is empowered to make decisions on the principal’s behalf. This is the basis on which all governments function.

This model is based on the idea that non-corrupt behavior is in the group’s collective interest.  However, in fragile and conflict-affected states, people often participate in corruption because they believe others do and that if they act in a non-corrupt manner they would lose out. In such societies, termed “particularistic” societies, corruption is not an exception to a norm of integrity and equal treatment, but is the norm itself.

How are international donors combatting corruption?

In a review of anti-corruption programming we found that the majority of programs that combat corruption with foreign aid are based, implicitly or explicitly, on the “principal-agent” theory.   Despite the common refrain found in the development community that context matters, this (often implicit) theory of corruption is used across, and regardless of differences in, contexts, stakeholders, and types of corruption.

In our review of corruption program designs, we identified two broad approaches that focus on different parts of the “chain” linking principals and agents:

Examples of these programs are: civil servant capacity-building programs that seek to develop better disciplinary procedures, merit-based promotion systems, or secondment of international mentors to departments.

These programs were often inspired implicitly or explicitly by “collective action” theories, but in practice are a variation on a principal-agent approach. In these cases, the “principal” is not an elected official or bureaucrat, but citizens or representative NGOs attempting to hold authorities accountable. Elected officials essentially become agents who are meant to take decisions on behalf of ‘the people’.

These classic principal-agent responses are argued to be ineffective, because they hinge on the assumption that there is political will to enact change.  For instance, in order for increased accountability to reduce corrupt behavior, enforcing the rules in a fair manner must be in the principal’s interest. 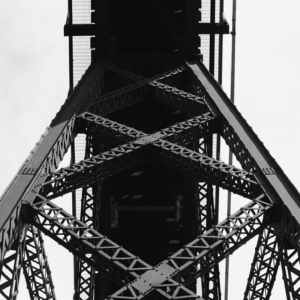