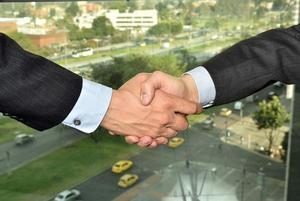 These comments were published previously in Spanish in the Blog of the Colombian Academy of International Law (ACCOLDI). They were prepared in a context where dialogue between academics and civil society organizations is commonplace. Particularly when they are both working to impact public policy and organizational policies inside firms.

Some professors from the Pontificia Universidad Javeriana, Department of History and Philosophy of Law, as part of the strategic plan of Javeriana on business and human rights, were invited to present a few theoretical and methodological comments to the research project led by CDA at the global level and Fundación Ideas para la Paz – FIP in Colombia. The global project asked what corporate practices are effective to tackle the main catalyzers of conflict or peace. The objective was to improve the practices of corporations operating in contexts of armed conflict and give traction to multi-actor initiatives related to the conflict and peace building. The project is mainly directed to the business sector, the actors who work on sustainable development and those who design and implement public policy.

This blog entry has a summary of the comments that we gave the two institutions, hoping that they will contribute to the valuable work that CDA and the FIP have done in Colombia. This is a contribution from academia to the peace initiatives coming from the private sector.

CDA is a think tank that works mainly with the extractive industries, supporting corporate actors that operate in contexts of armed conflict or in fragile states. Given the lack of empirical evidence about those corporate practices that can be considered effective to minimize conflicts and contribute to peace, CDA started a global project that includes 11 case studies, 4 of them in Colombia Through these case studies, CDA sought to answer the following questions:

iii.        What motivates businesses and business associations to participate in processes and initiatives focused on peace building?

The 11 case studies represent examples of business initiatives that have had positive impacts (i.e. successful cases). One of the main findings from the global study is that businesses can contribute to peace building mainly through the following mechanisms: (i) acting as catalyzers of peace, i.e. leading processes that modify the relationships between the different actors; (ii) creating spaces for conflict resolution and (iii) they can influence “key people” (with formal and informal power) who can modify the dynamics of the conflict.

The four cases that CDA and FIP studied in Colombia were business practices of ISAGEN in Chaparral-Tolima, OCENSA in Antioquia and Córdoba, TIPIEL in Barrancabermeja and CERREJON in La Guajira. The field research for these cases and the write up of the findings was in charge of the FIP.

The cases that we had access to were those of ISAGEN, TIPIEL and OCENSA. The structure of the documents in the three cases is similar. In the three documents, we found an analysis of the context where the project took place, including a description of the violence and the conflict at the national and regional level, followed by a detailed analysis of the impact of the armed conflict in the specific local context. Subsequently, the authors identified the challenges that each firm faced, and the ways in which they confronted these challenges. However, we did miss conclusions at the end of each case study, where the authors would answer the questions that guided the research.

Looking at the findings from these individual cases, we were able to identify some factors that seem to present a common denominator to explain the successful and sustainable development of economic projects, offering opportunities to communities and addressing some of the factors that explain the conflict in the areas of operation.

In the first place, the three projects made an effort to know and understand the area before starting the operations. This enabled them to create spaces for clear and transparent dialogue with the communities. This strategy allowed the communities to develop a sense of belonging.

Secondly, it is important to highlight the support of strategic actors who built trust between the parties, allowing communities to overcome a state of skepticism and promote a commitment to the project. Here, the presence of a third party mediator (the governor of the department of Tolima, the Magdalena Medio Peace and Development Program, the Oleoductos de Colombia Foundation) was crucial, as well as the empowerment of key actors such as the Juntas de Acción Comunal (local level community representative bodies).

Third, the social commitment of the three companies stands out. They used a preventive scheme based on the analysis of social risks (moving past economic and financial risks) and were aware of the need to generate positive impacts or externalities, through both the generation of job opportunities and development, as well as training in social skills (leadership, conflict resolution) and techniques (administration, accounting).

Finally, it is important to underline the commitment of all levels of management in the social strategies. From the CEOs of the companies to the social managers in the field.

We also looked at the methodology used to develop these case studies. We consider that the decision to include cases from Colombia as part of a broader global study allows users of the research to see the dependent and independent variables play out in a complex environment, with high levels of rural and urban conflicts related to the Colombian armed conflict, which has the longest conflict in the world. The choice of a qualitative method was correct, considering that the role of businesses in peacebuilding in an unexplored field.

In the case studies the authors tell us they interviewed all the relevant actors, including not only the business narrative on the effectiveness of the measures taken to operate in difficult areas of the country, but also the views of civil society and state entities. However, we did miss a methodological appendix or box where we could verify who was interviewed, the type of data collection tool that they used and if there were any limitations in terms of access to actors that were relevant for the research. Given that the data collected with these interviews are the core data that the discussion and conclusions are based upon, we think it is important to let the reader know how the data was collected and what are its limitations.

We find this exercise to be a very thorough research of individual cases. However, given that one of the interests of CDA is to produce guidelines for positive and successful business practices in conflict areas, there are certain issues around the methodology used that need more precision to allow for a comparison exercise and a broader level of generalization than the one we can currently take from these case studies. Our comments regarding the methodology are divided into three issues: (i) the case selection, (ii) the definition of the phenomena that they investigate (dependent variable) and (iii) the explicative factors of success in these three cases in terms of contributions to peace building by companies.

In order to do a comparative exercise that allows for some level of generalization of the findings, it is important to control as many contextual factors as possible. This will allow the research to focus on those factors of interest that could be explaining the successful outcomes of these cases. The project at the global level includes cases in South Africa, Colombia, and Europe, as well as other countries in Latin America and Africa. Given the large differences in the contexts of these countries, the possibility of transferring success factors to other contexts is limited.

The high levels of variation in violence, conflicts, peace building mechanisms and actors involved in all these processes make it difficult to identify what factors explain the successful results of business initiatives in terms of peace building. This limitation is also an issue for the selection of the four cases in Colombia where we find two different models of operation. One is more rural (ISAGEN, OCENSA and Cerrejón) and the other is more urban (TIPIEL). And it is important to bear in mind these differences in the contexts of operation of the firms when we think about identifying guidelines or models of business operation. Lastly, again thinking about increasing the comparative potential of the research, we invited CDA and FIP to include negative cases into the study. That is, to included cases where firms implemented conflict resolution mechanisms and failed or exacerbated the conflict. This exercise would allow them to identify with more clarity the factors that explain the success of practices that have a higher chance to have a positive impact on peace.

During the presentation of the global project, Ben Miller (Programmatic Director of CDA), made a theoretical distinction between “Work in Conflict” and “Work on Conflict”. The first one refers to the operation without causing harm by firms (how do I operate in a context of violence and armed conflict without causing harm or increasing violence?), and the second one refers to operating and positively impacting peace (how do I contribute to peace building?). When one reads the three case studies that we had access to, it is not clear whether these are examples of Work in Conflict or Work on Conflict. That is important because the measurement of success with significantly vary if it is one or the other. In this sense, we also suggested to CDA and FIP that they incorporate an introduction to each one of the case studies where it was explicit whether it was an example of Work on Conflict or Work in Conflict.

Lastly, even though the data and information collected are part of a more robust narrative of the context where the firms operate and the practices of businesses, the way that they are presented make it very difficult to make comparisons. They are each presented as unique cases or models, where very little can be learned from to include in operational guidelines of other companies. To address this, it would be interesting to have clarity from the beginning about the hypotheses that the authors are testing with these case studies. Each case should explicitly answer the question what factors explain the success of the business practices of the company? In addition, guide the analysis with the hypotheses that are clearly guiding the global project. The suggestion is to present the cases in terms of dependent and independent variables, and make more explicit the issues that the authors are asking each one of the cases. In that way, these stop being simply descriptive texts and gain a more explicative and comparative dimension. We would also expect to see a justification of the case selection and a recognition of the limitations of that selection and how these impact what the authors can conclude. We think that each case study should end with a more concrete conclusion about the findings: what are the explicative factors and what was their impact on the dependent variable.

While it is difficult to identify with certainty the practices of the business sector that effectively contributed to peace building, it is possible to see that some approaches from firms are more successful in producing favorable conditions for peace building. These include contributing to social cohesion through belonging, participation and confidence. This allows communities to deal with fragile and conflict ridden environments, increasing their levels of resiliency. On this topic, we recommend to review the work of the Geneva peacebuilding platform about resiliency and peace building.