In this post, guest author Laura Hughston discusses lessons learned from implementing the feedback gathering tool she designed for Plan International UK. She shares the voices of the people who used the tool, and is honored that it helped communities learn they have a ‘right to be heard’ by those with the power to act on feedback.

I’ve just received one of the greatest honours of my life: I heard that a simple tool for gathering feedback from communities I designed over three years ago is still going strong and in fact about to be scaled up massively! At the time, I was in charge of M&E for a flagship programme with Plan International UK, and I had developed several tools for gathering feedback from a range of stakeholders. The main difference on this occasion was that we were seeking feedback not only from those targeted by our intervention but also from those we had not intended on affecting: for the first time, we were extending the opportunity to anyone in the community.

This simple tool consisted of two parts: gathering the feedback and the ribbon ceremony.

Firstly, community members in separate groups by age and sex discussed and presented their feedback using an H frame (a well-known tool for feedback): things they appreciated, things they did not, their suggestions and an overall score for the programme (figure 1). After girls, boys, women and men had all presented their feedback, our staff would respond as much as they could and then promise to come back with answers for the issues that couldn’t be addressed on the spot. To symbolise their commitment to close the feedback loop, they would tie a ribbon to a tree in a prominent position, with the promise that they would return to untie it with the answers.

“With this tool, through the participation of different groups such as girls, boys, women and men, we learned about the real needs of the group”. Village leader, Cambodia.

When I first proposed it there were many questions: what if they ask things we can’t do? What if the donor is unwilling to change the budget to do what they ask? What if someone raises a complaint about changes we intend to achieve but they don’t like? (e.g. girl empowerment, or discussing reproductive health). And my all-time favourite: what if somebody steals the ribbon?

1. This tool was implemented in seven countries in Africa and Asia and proved popular also with other agencies. We learned to deal with all those issues but what was more fascinating was what we learned through it. Gathering feedback about one specific project is impossible. Communities will rarely discuss their experiences in relation to a specific project, let alone a specific donor. At first, we found this problematic because of our motivation to report back to the donor who was keen on it but weary other donors had not asked for it and might not welcome it. Later we learned not only to cope with it but to appreciate this.

2. Allowing communities to ask for things that were way beyond our project was not a limitation, but an opportunity. In fact, they frequently asked us to substitute ourselves for the State and provide services and infrastructure. But whenever we turned down the request, our explanation galvanised them instead. In Cambodia (where this tool is now being scaled up), communities soon realised that they needed to express their feedback in a way that it would be clear if it had or hadn’t been acted on, so as to avoid disappointment if they are provided with an elusive answer. Before too long they also realised that requests are better laid at the doorstep of those with the power to act on it, and asked us instead to bring to our sessions officers from the relevant line ministries.

3. Accountability breeds accountability. When I piloted this tool in Kenya some student representatives were among the participants. Immediately they realised that while they were demanding accountability of us they themselves never reported back to the students who had elected them. They resolved there and then, without our prompting, to start reporting back. In Cambodia, the communities reported that the tool was “building trust with each other because they now know the mechanism for responding to their specific concern”. Even more transformational was the realisation that the ribbon ceremony taught communities they have a ‘right to be heard’. That is not to say a right to everything they ask, but a right to an answer. In a country scarred by a brutal past, this realisation is indeed a breakthrough.

As for me the greatest honour is not that my little tool continues to be used, but to have been part of this story. To have played a part, however small, in helping some communities find their voice and raise it as high as they can… and as far as I know, nobody ever stole the ribbons.

“The Constituency Voice tool is very useful because it gives the villagers the opportunity to raise our many issues and we are able to know who will be involved in addressing those issues.” Girl, age 15, Cambodia

Feedback from a group of women in Rwanda. © Laura Hughston, Plan International UK. 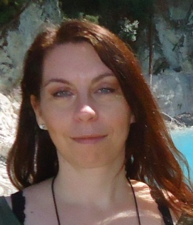 Laura Hughston is a pioneer developer of child-centred monitoring and evaluation practices. She was the very first to lead children, in Cambodia, Zimbabwe and Kenya, to select evaluation questions, collect and analyse data in order to deliver a full evaluation on all DAC criteria: results, effectiveness, efficiency, relevance, sustainability and equity. She has extensive experience of developing and implementing programmes across a wide variety of thematic areas, including gender, governance, education, livelihoods and health. During her time with Plan international UK Laura focused on creating strong monitoring and evaluation systems blending robust quantitative data with practical and creative methodologies for bringing the voices of beneficiaries, especially children, at the forefront of programme quality. She developed a visual tool that places outcomes for communities at the centre of Value for Money analysis and created a range of feedback mechanisms.

Laura is a passionate advocate for putting the voices, needs and aspirations of beneficiaries at the centre of programme development, recognising and enabling children and young people as active citizens. She continues to write and present on issues of rights, gender, participation and accountability.