The Biggest Paradigm Error in Tackling Corruption, Not Dealing with Organized Crime 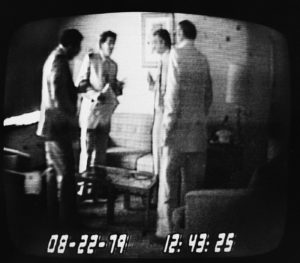 International organizations, donors and policy analysts have, over the past few years, recognized how organized criminal networks impede and undermine development and democracy.  When offering potential remedies, however, the international community does not take the evidence it has amassed seriously.  Three recent articles demonstrate this paradoxical situation.  Each describes the perniciousness and virulence of the networks.  Each, then, in its own way, reverts to and doubles down on an ineffective, if not misguided, governance and anti-corruption agenda, one which the evidence presented had, explicitly and implicitly, discredited.   It is as if each author’s theology – a Western belief in yet more anti-corruption and state- and institutional capacity building programming – trumps the empirical data he/she has astutely presented.  It is also a basic misunderstanding of the concepts of organized criminal networks vis-a-viz corruption and the privileging of the the latter over the former.

Why the distinction between Organized Crime and Corruption matters for programming

In the first article, Criminality in Africa’s Fishing Industry: A Threat to Human Security, the author accurately dissects how “collusive relationships with foreign fishing companies often serves the financial interests of government officials responsible for overseeing the fisheries sector.”  The author illustrates how, for example, “African political leaders [often] have direct financial interests in joint ventures with foreign fishing companies.”  By focusing on corruption rather than the prevalence of organized crime, the article misidentifies the problem as one of “misgovernance” and “corruption”, “weak accountability”, “under enforcement of the law” and “limited capacity in fisheries management.”  Consequently, the remedies proffered circle around anti-corruption mechanisms and more state-building and good governance programming, blind to those politically well-connected individuals, the politicians themselves, and the fishery authorities in whose self- and private interests, as the article neatly testified, the organized fishery criminal networks operate.

The second article, Organized Crime and Illegally Mined Gold in Latin America, follows this well-trod path of misidentifying the crux of the challenge.  The thoroughly researched analysis examines how drug traffickers have begun to dominate gold and other mining in the Andean region.  The business analysis is detailed and acute, illustrating instances of weak governance: for instance, “83% of Colombia’s 17,000 mines lack… titles and environmental licenses” and the existence of free-trade zones in which the government does not register exports so that gold can be readily smuggled out of the country.

A bigger problem, however, is that “local governments have largely been helpless to combat illegal gold mining due to the strength of the criminal groups and their willingness to corrupt local officials”, which should raise the question whether the lack of titles and licenses is an accidental quirk of history or the playing out of a more nefarious game.  Again and again, the research notes that “bribery and the involvement of public officials in extracting and exporting illegally mined gold has been documented.”  Among the many ways the criminal networks operate, according to the article, is to “bribe or intimidate government officials in order to obtain documents showing that illegally produced gold was produced legally.”  In the face of the acknowledged, explicit involvement of state actors in the illegal gold trade, the article’s proposed solution is a litany of prescriptions, a series of should’s and ought’s, each of which, in idealistic splendor, ignores the underlying reality of organized crime and catalogues tried-and-failed capacity building initiatives, including enhanced protocols, better regulations and laws, and more international coordination and cooperation.

Unlike the first two articles, the third, The Hellish Road to Good Intentions: How to Break Political-Criminal Alliances in Contexts of Transition, does not focus on a selected industry, but on a political topic, conflict-affected and post-conflict environments in which the international community has intervened.  In these transitional and state-building environments, the article shrewdly distinguishes between “labor-intensive and non-labor intensive illicit economies and transactional crimes from predatory crimes.” Just like the previous two articles, the third admits that, in these environments, “criminality and political arrangements are mutually constitutive” and goes on to observe, shrewdly, that

organized crime and illicit economies are mutually constitutive with political processes organic to the system, even if deleterious from the perspective of accountability and rule of law. They do not merely undermine the state; the state uses them for its purposes.- p. 3

Nevertheless – or precisely because of its insight – the article’s intellectual confusion on the virulence of organized crime is profoundly disturbing.  On the one hand, the article urges the international community to prioritize “anti-corruption and anti-criminality” approaches and strategies.  On the other, it confesses that such recommendations are not “likely to be accomplished… because crime and politics [in these environments] are often so deeply intertwined” and, worse, international forces are endemically unable “effectively [to] train local police forces”.  The article wants the international community to renegotiate political settlements in post-conflict environments, but tellingly admits that “outside intervention forces often have… only a poor capacity to understand local illicit economies and patronage networks of crime and politics”.  Out of this intellectual muddle and refusal to accept its own empirical evidence about the power of organized crime emerges the same theology, a plea for the international community to “set up capable state structures”.  As with its two-companion articles, the third devolves into a clarion trumpet for ‘good governance,’ defined as “strengthening checks and balances within the political system, reducing patronage, clientelism, and corruption,” despite the fact that this is precisely what the organized criminal networks, which includes politicians as founding partners, will not accede to implementing, for it goes against their self-interests.

What programming from an Organized Crime perspective looks like 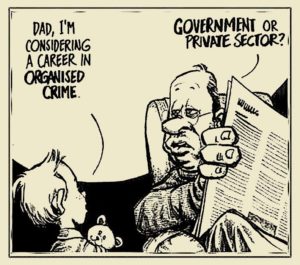 Programming that begins from an organized criminal network perspective assumes that state actors are, likely, married into the networks and, therefore, at a minimum, part-owners of organized crime.  Though states are not monolithic and not all state actors are inevitably married into organized criminal networks, it is improbable that owners of the networks will undertake ‘anti-corruption and/or good governance initiatives’ that undermine their long-term private interests as they perceive them to be.

The second assumption is that organized criminal networks operate as businesses and, like all businesses, they function according to a value-added model.  For each specialised link or phase of production in the network, there is an implied ‘value added.’ Analysing who contributes what ‘value added’ can provide an appreciation of the different entry points to tackle that network.  The higher the value of an actor in the production chain, the more likely it is that that actor’s skills are rare and increases the probability that altering his/her participation will be disruptive.

Take the trafficking of persons from Nigeria into the European sex industry as an example.  It is a highly-organized crime with state actors deeply involved in its perpetuation.  The value-added approach would not target the supply of persons into the marketplace and, thus, not propose livelihood or rights awareness approaches, neither of which has empirical evidence of effectiveness.  Nor would value-added approach go down the institutional capacity building model and continue to bolster NAPTIP, the specialized Nigerian anti-trafficking criminal justice unit. NAPTIP has been receiving international capacity building support for years and has shown almost no effectiveness.  Data up to spring 2017 indicates that each NAPTIP case brought to court has implicated only 1.3 alleged traffickers, indicating that those alleged traffickers were very low on the network rung, are not major players, and are definitely not the principal state actors who are partners in the networks.

Instead, the value-added approach would target part of the production chain that may have the highest value-added.  This may be the juju practitioners, who are widely claimed to be pivotal in the trafficking networks and relatively few, comparatively, in number.  The approach could borrow from programming that has successfully reduced female genital mutilation through working with the cutters.

For the fishing industry in Africa and the mineral mining in the Andean Region, the approach to those industries and their organized criminal networks should not be more ‘good governance’ and anti-corruption programming that has little probability of success.  Instead of more theology, the excellent empirical evidence contained in each article needs to be re-interpreted to see where is the value-added moment in the production chain that is most susceptible to leverage, despite the co-ownership of the networks by powerful state actors.

For peacebuilding in conflict-affected and post-conflict environments the approach should not be more state-building to create more ‘capable states,’ a failed notion whistling in the dark.  If development and democracy is to take place, it will do so in an organized crime environment and will occur in local communities and neighborhoods through their control and diversification of their neighborhood assets.

Feel welcome to discuss further with the author at [email protected] 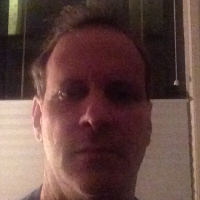 Eric Scheye consults in justice and security development; organized criminal networks; women’s access to justice/ending violence against women; trafficking in persons & modern slavery; anti-gang initiatives; statebuilding; governance; rule of law; and monitoring and evaluation.  Over 20 years, he has worked for and in many countries, emphasizing the need and use of reliable empirical analyses to identify credible programmatic and policy options.  He has also participated on portfolio reviews of, respectively, the United Kingdom, Australia, and the European Commission’s justice and security programming.

He is currently working on an organized crime in Africa project; with the Mexican Federal Police; and a series of revisions and rethinking of USAID policies and practices with regard to gender, institution-building, M&E and programming in security and justice development.

His other most recently completed assignments included devising programmatic options for how to support local community development in an environment in which organized crime and organized criminal networks are virulent and prolific.  He has also written an analysis of the empirical ‘what works’ in programming intended to prevent/reduce trafficking of persons.  In these assignments, he has also proposed new methodologies and approaches to political economy analyses emphasizing a temporal perspective in contrast to the customary systems analyses; suggested that contemporary development concepts such as political ownership and political will are obsolete given the marriage of state actors into organized criminal networks; and questioned the validity and practical credibility of the current governance agenda with respect to the empirical reality of the ‘aid curse.’ 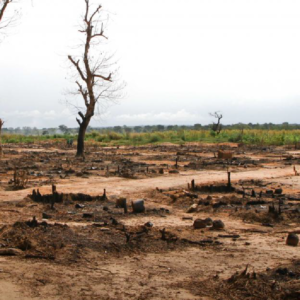