Do Anti-Corruption Agencies Really Matter? Some Lessons on State Legitimacy from Indonesia

In this post, researcher Sergio Gemperle questions the role of anti-corruption agencies (ACAs) in increasing state legitimacy. He argues that state legitimacy can suffer from ACA success, as well as from ACA failure. He shares Indonesia’s struggle between the KPK, the police and the government. Have you had similar experiences with ACAs in other countries or contexts?

In the early 2000s, corruption regained prominence in development policy debates, culminating in the adoption of numerous international anti-corruption conventions such as the United Nations Convention Against Corruption. Henceforth, many countries established specialised anti-corruption agencies and expectations about their effectiveness were high.

With similar intent, the main rationale for establishing and supporting ACAs today is to reduce corruption. However, in fragile and conflict-affected states reducing corruption is assumed to have wider effects on the acceptance of state institutions. That is, ACAs are seen as a visible institutional expression of a government’s commitment to anti-corruption reform. Furthermore government efforts to reduce corruption are said to create trust in the state in general by strengthening an undistorted state-society relationship. Among academics and development practitioners, reducing corruption is often seen not as an end in itself but as a means to foster the (international and domestic) legitimacy of the state. 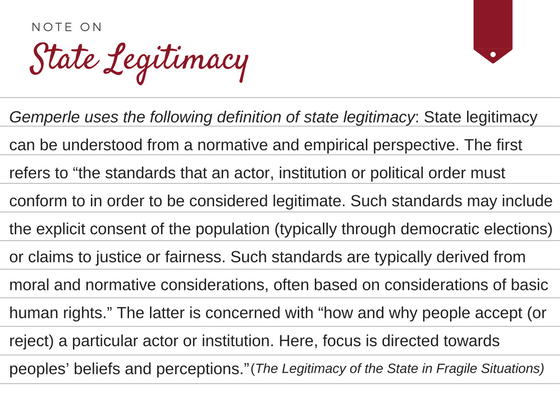 While assuming that reduced corruption levels lead to higher state legitimacy is intuitively plausible, I argue that the assumed positive role ACAs play in improving this relationship should be questioned, for the following two reasons:

First, state legitimacy can become a victim of ACA success. An ACA’s capability to improve state legitimacy depends on its effectiveness in reducing corruption, because people’s general trust in state institutions should improve the less they are perceived as corrupted. However, if an ACA consistently returns high success rates in investigating and prosecuting corruption cases this might create distrust in state institutions among the population because a perception of high and omnipresent corruption emerges or solidifies. In this situation, people who trust the ACA for its effectiveness do not automatically translate this into higher legitimacy of other state institutions.

Do you know of a case where state legitimacy has become a victim of ACA success ?

Second, if ACA’s are weak, particularly because they are politically compromised, their effect on state legitimacy may even be negative. The early enthusiasm about establishing ACAs gradually gave way to disillusionment when many of these bodies proved ineffective in reducing corruption. The reason behind weak agencies is in many cases a lack of political support, which is reflected in inadequate provision of resources (including human resources) or power. Indeed, political influence exerted on ACAs, for example through the appointment of either unqualified or allegiant commissioners, sometimes leaves little more than a fig-leaf organisation. Agencies which are weakened and compromised in this way have only limited capacity to reduce corruption and, as a consequence, the citizens’ confidence in the state is further weakened. Hence, politically influenced, or instrumentalised, ACAs are detrimental to developing trust in other state institutions as they convey the perception that even the one institution that should be the frontrunner against misbehaviour of persons in public positions is compromised.

Indonesia’s Struggle between the KPK, the Police and the Government

Both phenomena can be observed from the recent developments around Indonesia’s ACA, the Corruption Eradication Commission (KPK). The KPK gained much public support by successfully prosecuting high level politicians and government officials in its early stages (surveys in 2008 and 2015 found that the KPK was perceived as the most credible state agency). However, the public trust in the KPK did not rub off on other state institutions.

A particular example showing why this trust in the KPK was not transferred to other institutions is the feud that developed between the KPK and the powerful national police starting in 2009 and lasting for several years. The KPK investigations of high-ranking police officers did not convey a picture of a less corrupt and therefore more trustworthy police but rather cemented the widespread perception of police corruption. Transparency International’s Global Corruption Barometer (GCB) repeatedly ranked the police among the three most corrupt institutions in Indonesia. Furthermore, while the parliament and the judiciary (the two other most corrupt institutions, according to GCB) tried to curtail the power of the KPK, several of its commissioners were met with retaliatory actions from police.

The latest episode of clashes between the KPK and the police from 2015 were ignited when the KPK investigated President Joko Widodo’s nominee for the national police chief. Following the established scheme from earlier cases, the police retaliated with investigations of two commissioners of the KPK on allegations of criminal offences. While the government’s hesitation to back the KPK led to public rallies of activists and citizens supporting the KPK in earlier standoffs, the public did not take to the streets to express their dissent this time: Because of the political attacks on the KPK and its weakened position vis-à-vis the police, civil society started fearing retaliatory reactions from the police too. In the same year the House of Representatives appointed new commissioners who, according to anti-corruption activists, lack credibility and commitment to reducing corruption which is perceived as a further move to weaken the KPK. These developments had delegitimizing effects on the government of President Widodo which started losing support from its constituency.

The Indonesian example shows that supporting ACAs does not necessarily improve the legitimacy of states. To have a positive effect on state legitimacy the achievements of the ACA need to be transferred to the state at large. This is unlikely if ACAs are perceived to be influenced or at odds with the government or other state institutions. I assume, unfortunately, that Indonesia is not the only example to observe the unintended (negative) effects of an ACA on the legitimacy of the state. I wonder if you have similar experiences with ACAs in other countries or contexts?

Is this a question reserved for researchers? Are practitioners addressing the impact of ACAs through programming? Do you feel comfortable (or able to) share those experiences? 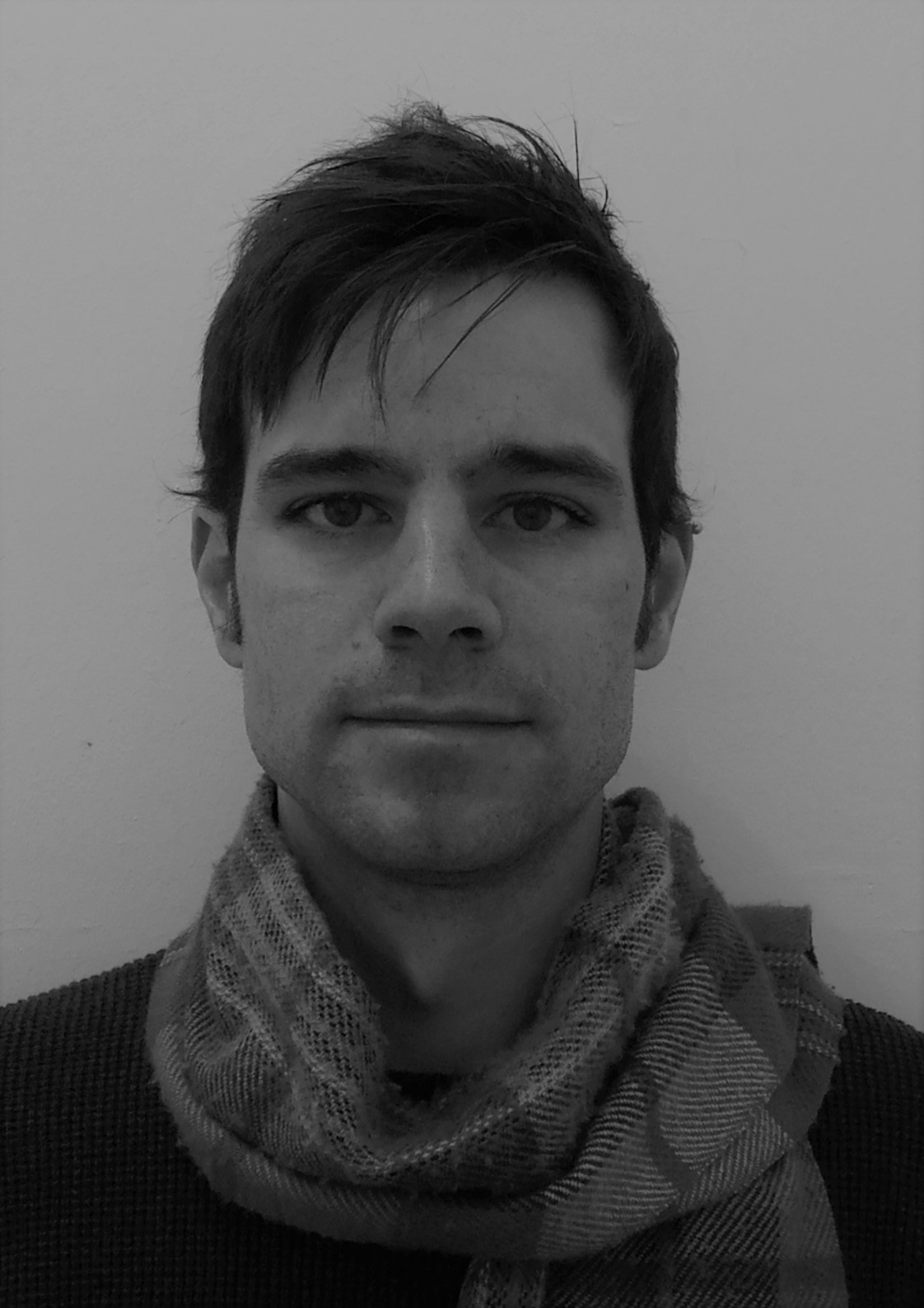 Sergio M. Gemperle holds a MA in International Relations and Development Policy from the Institute for Development and Peace of the University of Duisburg-Essen (Germany). He is currently a PhD candidate on a doctoral scholarship from the Swiss National Science Foundation (SNSF) at the University of Basel and the Swiss Peace Foundation, swisspeace. His doctoral research focuses on the role of anti-corruption agencies in statebuilding processes.

Gemperle is interested in research on statebuilding, the political economy of corruption and anti-corruption reforms as well as in multi-method research and comparative methods. Before joining swisspeace in 2012, he worked as a research assistant for the Swiss chapter of Transparency International and interned with the Institute of Social Sciences in New Delhi and with the Swiss Agency for Development and Cooperation in Mongolia.