All-of-government all-of-society; a view of localization from Narok

So, what does ‘local’ mean in Narok County? The word conjures localized triggers and responses that form the basis of many of the conflicts in Narok County. It also marks the exact spot where efforts get stuck and the biggest attitudinal and structural stumbling block—the fight to exercise or reclaim agency. 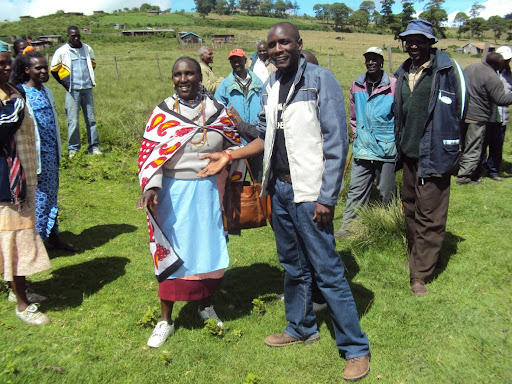 Figure 1: The Author meeting with members of the Maasai community during field monitoring activity in Enoosupukia, Narok North on 12th May, 2011.

During my assignment as a Peace Monitor in Narok, one bottomline conflict issue constantly affecting the region was the clash between government insiders and the local community over the real situation on the ground vis-a-vis the intentions of the government. The opposing views and approaches of these two groups made Narok more volatile and challenged peacebuilding interventions. This situation made the ‘All-of-government all-of-society’ peacebuilding framework into a cliché with the addition of ‘localization’ as a new buzzword. In my work with people and structures at the grassroots or ‘local’ level in Narok between 2010-2016, this phrase underlied notable successes in situating peacebuilding practice and most significant contributions towards peacebuilding in Kenya. It became a template for many others that followed.

In the second term of President Kibaki’s Administration after the fallout of the NARC government, the Ministry of Special Programmes was carrying out a resettlement programme for internally displaced persons (IDPs), victims of the 2007 post-election violence (PEV). The initiative was riddled with controversies and heavily politicized. Innuendoes circulated that the Gikuyu-headed NARC administration was openly favouring IDPs from the Gikuyu community at the expense of IDPs from other ethnic groups. 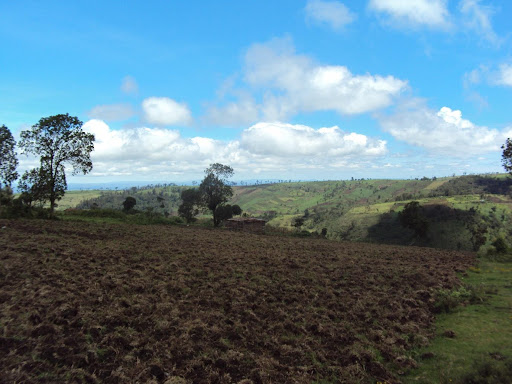 This uncertainty and speculation created a backdrop for a potentially explosive conflict that would later affect Narok North Subcounty. The border area was already impacted by low-level conflict and violence between the Maasai and Gikuyu communities in the Likia, Mauche and Ilokoman areas of Mau Forest Complex. The announcement of the decision to resettle Nakuru-based IDPs on land acquired by the government in the Mau-Narok area further heightened ethnic tensions.

On the heels of the 2007 PEV, the Government was pressured to address pent up conflict undertones by implementing the 2008 National Accord. This accord authorized the resettlement of IDPs. The land designated for IDP resettlement belonged partly to a white settler who had lived there since the colonial era and partly to influential government figures from the first two post-independence administrations. Conflicts and violence involving the Maasai and Gikuyu ethnic groups occurred along their common ethnic, administrative, and resource border. By 2011, under the USAID Pro-Mara Alternative Dispute Resolution Project, our office and stakeholders had made considerable progress in addressing these conflicts. We had formed Community Forest Associations, Water Resource Users Associations, Cross-border Dialogue Committees, and Local Peace Committees. These groups had successfully curtailed violence between Maasai pastoralists and Gikuyu farmers in the border area.

The Government later retracted its policy decision to resettle IDPs in Mau-Narok after concerted efforts by the community, local leaders, administration and security officers. They all spoke in one voice and prevailed over powerful, self-interested, and belligerent establishment figures. We were already running an effective Conflict Early Warning and Early Response System (NCEWERS) in Narok that was connected to a mirror system in the Nakuru region. All of these systems reported to the National Secretariate in Nairobi. In my new role, we built an all-of-government all-of-community communication and response protocol working in concert to monitor, analyze, track, and respond to various conflict typologies. The very effective NCEWERS was anchored on Local Peace Committees (LPCs) stretching from village committees to the topmost administrative levels and National Secretariat. 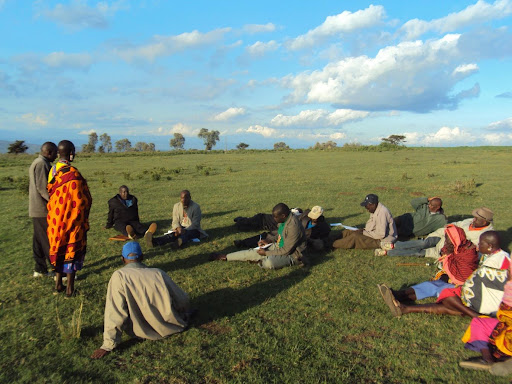 The LPCs were based on the philosophy that locals are better placed than outsiders to conduct peacebuilding (including monitoring and responding to conflicts) in their local jurisdictions. It acknowledged clear societal distinctions that always followed inter and intra-ethnic fault lines and stoked various conflicts. The LPC framework’s four operating principles were: devolve to the nearest ear to the ground to cover the vast geographical area and difficult terrain in Narok, mainstream indigenous knowledge and practice into formal peacebuilding, recognize that the history of marginalization by the ‘government’ necessitates that people have an extra platform and voice with which to seek and access services and make their needs known to the Government, and lastly, seek and give real-time information and feedback for effective response. Structuring Conflict Early Warning and Early Response System (CEWERS) around the LPCs made the model very effective and proactive in responding to power dynamics and conflict typologies in respective community areas, to the extent that reports issued by the LPCs through the CEWERS became a necessary read for the Security and Intelligence Committee (SIC). 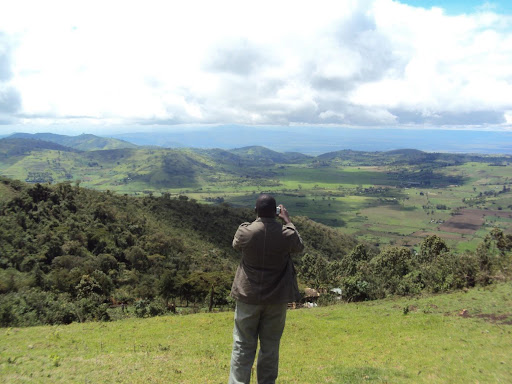 Figure 3: The beautiful view of Enoosupukia hills of Mau Escarpment. On the distant horizon is the Aberdare Ranges and Kikuyu highlands on the eastern escarpment of the Kenya Rift Valley.

Plans to resettle IDPs in RossFarm straddling the Olorropil area in Mau Narok exposed all the ‘local’ aspects transcending land (boundary and ownership) and ethnic identity issues as more of a coded message about policy. In interviews of (largely Gikuyu) IDPs in Nakuru ASK Showground, they said unanimously “we were not evicted from a frying pan in Uasin-Gishu so that we can voluntarily throw ourselves into a raging fire in Narok.” This was in reference to the late Narok North Member of Parliament William ole Ntimama’s notorious reputation as a fearsome defender of Maasai culture and land rights, and his role in instigating the Enoosupukia and Maela evictions in 1992. In fact-finding missions by various agencies, the Maasai stated they had no problem with the Government resettlement program as long as it was restricted to Gikuyu with existing ties to the Maasai. Specifically, the Maasai were only okay resettling Gikuyu who worked on Maasai farms, traded with the Maasai, were sequestered in the adjacent densely populated Mwisho Wa Lami and Tipis Trade Centres, or were known by and had lived with the Maasai for decades. They preferred their own Gikuyu—those familiar with the Maasai culture who could be easily assimilated—rather than the foreigner IDP Gikuyu. 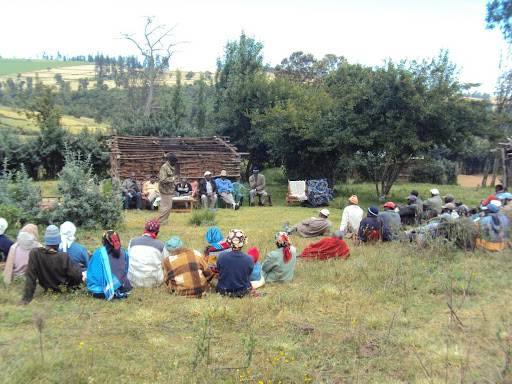 The Maasai further proposed the land’s ownership revert back to them (they had been forcefully dispossessed by a white settler and occasionally clashed with him over access to pastures). Alternatively, the Government was to acquire the land to become an open grazing ground. Their Gikuyu counterparts, through the Border Committees, strongly opposed the resettlement policy on the grounds that it heightened ethnic tensions at a time when they had learned to coexist with their Maasai neighbours.  The local SIC members, convinced that the peacebuilding efforts on the ground would succeed and utilizing the latest CEWERS updates, defied top-down orders from their distant superiors to carry out actions which could have escalated the tensions into an all-out inter-ethnic war. Their risky actions emboldened locals to intensify dialogue efforts. These efforts helped cool the tensions until the policy was withdrawn.

So, what does ‘local’ mean in Narok County? The word conjures localized triggers and responses that form the basis of many of the conflicts in Narok County. For instance, The Mau Forest Complex restoration efforts have increasingly taken a localized ethnic profile. In a 2020 rapid conflict assessment of Narok County carried out in Kipsigis speaking areas, some evictees and respondents (mostly Kipsigis) taking ‘refuge’ in their home areas in Bomet County after the latest phases of the Mau Forest eviction exercise said “we were told to wait out on the promise that once presidential candidate X takes the reigns of the next government in 2022, the eviction will be revoked.”

Localization is not just another buzzword. Unless being ‘local’ means carefully exercising or reclaiming agency at the lowest conflict level of the peacebuilding spectrum, peace is constantly at great risk.

This is the second blog Elly Maloba’s series on Narok. The first blog in this Narok series looked at how competing understandings of “localization” have fueled ethnic violence.

All photo credits are mine. I took the photos in the course of my assignment as Peace Monitor in Narok. The cover image shows A joint GoK/LPC/USAID- ProMara sensitization meeting for Water Resource Users Association (WRUA) and Community Forest Association (CFA) members on 20th January, 2020 at Entiyani Primary School in Olokurto Division, Narok North

For recent blogs in this series check-out:

And many more to come soon! If you are interested in contributing to the series please contact Hasangani Edema at [email protected]. We would love to hear from you and include your perspective. 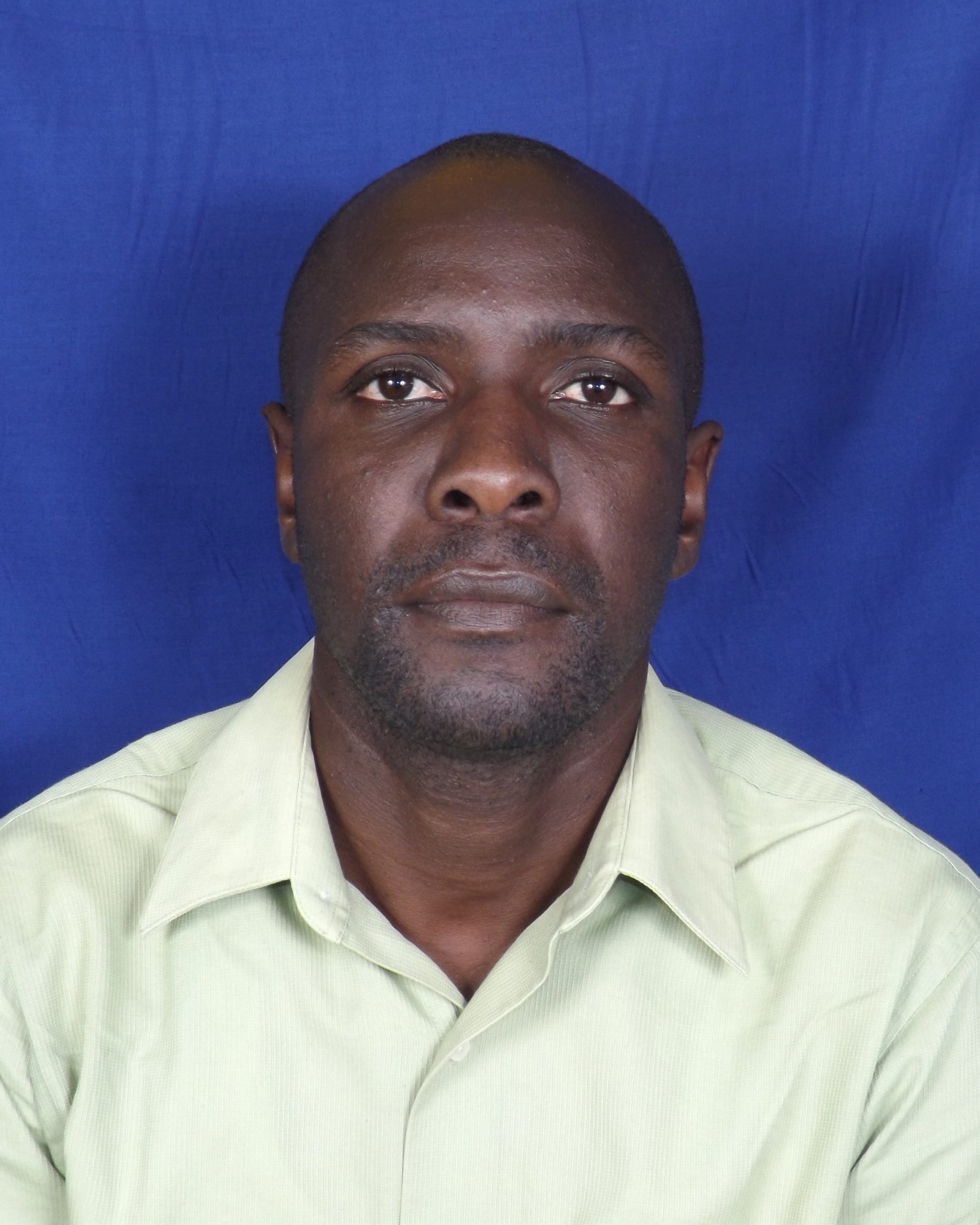 Elly Maloba is a peacebuilding and social and development specialist dedicated to designing people-centered Conflict Early Warning and Early Response Systems while engaging in youth empowerment issues for a better world. A sociologist by training with broad interests in interdisciplinary practice, Maloba is a passionate advocate for finding approaches and solutions to various human challenges in particular disparities and conflicts.

Prior to becoming a fulltime peacebuilder and early warning specialist, Maloba enjoyed his role as a researcher and freelance editorial satirist producing cartoon articles commenting on topical issues, and his cartoons exhibition at the Goethe Institute on the 2007 post-election violence marked the beginning of his career as a peacebuilder. He has taken the visual art of cartooning morphing it with field experience in humanitarian and crisis situations into a work model that inspires and motivates him into insights for broader and deeper view of the world and its challenges.

He has served as a Peace Monitor and Peacebuilding Coordinator with the United Nations Development Programme in Kenya (UNDP) and the Ministry Of Interior In The Government Of Kenya where he has led and participated in various initiatives. In recognition of his visionary contributions to conflict early warning and response, Elly has received various honors including UNDP Volunteer of the Year award in 2012. In 2020 he received the Alliance for Peacebuilding /Purdue Public Policy Institute Peacebuilding Big Idea Global Challenge award for the most innovative idea.

Since 2010, Maloba has been part of diverse teams delivering concrete results and solutions in the peacebuilding sector in Kenya and after working with UN Volunteers, UNDP Kenya and Government of Kenya, he co-founded Sera Thabiti, a community-based organization in Nairobi, Kenya and now also engages as a consultant in peacebuilding.

He has a BA in Social Studies with extensive training in peace building and conflict management. He is married and has 2 daughters. 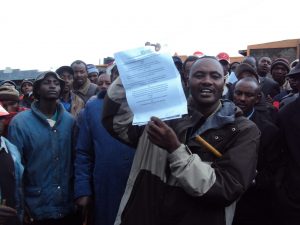 HOW LOCAL IS ‘LOCAL’? A Bottom-Up Perspective of Localization From Narok

Posted in From Where I Stand|Kenya|Uncategorized